A grieving pet owner says her Rottweiler has passed away after playing with a dog toy that got suctioned to his tongue.

Now she’s posted a warning to other pet parents about the dangers such toys pose to their pets after losing her beloved dog. 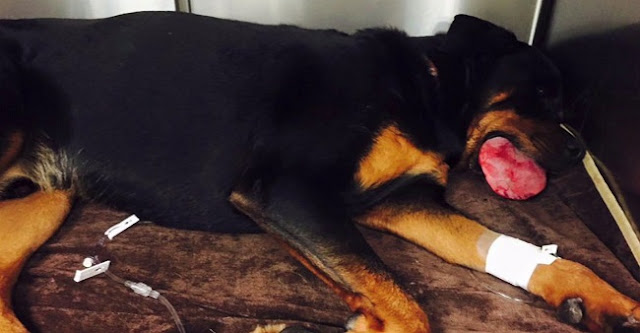 According to Jamie Stumpf, her dog Maximus was playing with a ball when it got stuck and suctioned to his tongue. She rushed him to the vets for emergency care, but the outlook was not good. 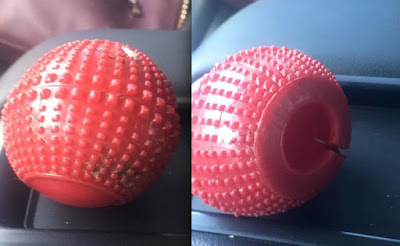 “My Humble Loyal wonderfully loving family pet Maximus is in the fight of his life,” Stumpf wrote on Facebook on August 19. “His Kong ball got suctioned to his tongue. Causing major damage as you can tell.” 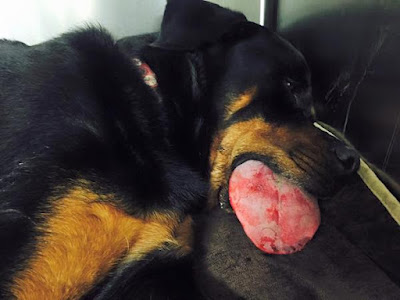 “I am pleading for your love support and prayers to be sent his way,” she added. “If you have one on these balls TAKE IT AWAY!!!!”

“The Vet hopes the tissue does not d.i.e in the amount that would require removal of the tissue,” she wrote. “I will not choose to allow a major portion to be taken. It’s not in his best interest.” 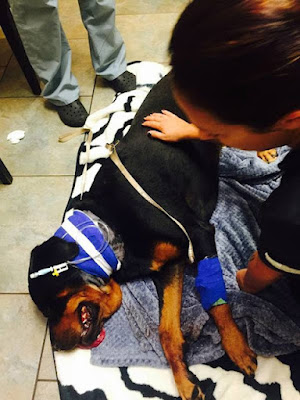 This is not the first time a “pimple ball” has caused severe damage to a dog’s mouth. Back in 2008, a dog owner claimed that a her dog Chai sustained a severe mouth injury from a ball made by Four Paws Inc.

Chai’s owner was told by vets that because there was not a second hole in the ball, it created a vacuum effect that sucked Chai’s tongue into the ball and caused it to swell up. That toy was recalled and no longer sold, according to PopSugar.

When asked on Facebook which toy Maximus was playing with, Jaime said that it was a Kong brand toy and she posted a picture to Facebook that suggests that the ball was part of a toy marketed as the “Beast”.

Vergi 24/7, a vet hospital in Houston, Texas, posted a similar emergency case to their Facebook page on August 20 involving a dog named Rooney. The make and brand of the toy is unclear, but Rooney’s tongue also got stuck in the cavity of his ball and his owners could not get it out.

“The VERGI team gave Rooney sedation to calm him down and with a needle carefully released suction with the ball,” the veterinarians wrote. “With gentle, firm traction the ball came off. Rooney woke up a few minutes later – looking for his ball!” 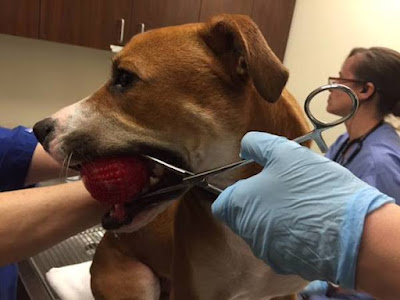 It appears that any toy with only one opening is capable of creating a dangerous suction that can trap a pet’s tongue, much like what happened to Maximus and Rooney. For the safety of your pets, be careful and check over any toy you get for your dog.

Share this important information with the dog lovers you know and help prevent such a t.e.r.r.i.b.l.e tragedy from happening again!