Janice "is very friendly with people" and "likes a little attention" but is "not overly needy," according to the Columbiana County Dog Pound in Lisbon, Ohio

A 9-year-old dog may soon have a forever home after living at an Ohio dog pound for over two years. 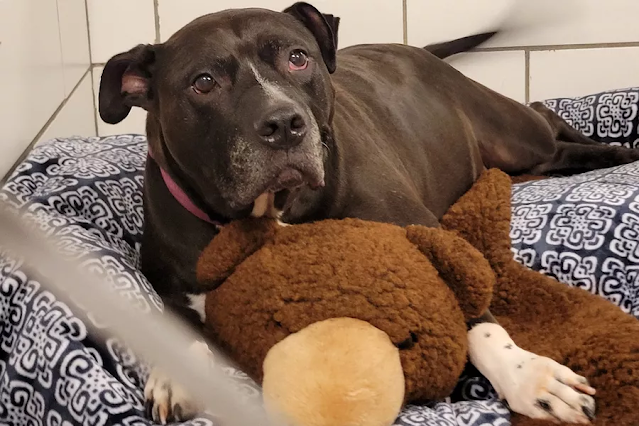 The Columbiana County Dog Pound in Lisbon, Ohio, announced Monday on Facebook that the "sweet girl" named Janice was still searching for a place to live after being taken in by the pound more than two years ago.

The shelter's Facebook post featured an adorable photo of the canine — who was seven years old when she first arrived at the facility — snuggling with some toys on her bed.

"This picture shows just how happy the little things make her. A big soft bed, her bear, and a kong with peanut butter," the Columbiana County Dog Pound wrote in the caption.

Janice "is very friendly with people" and "likes a little attention" but is "not overly needy," the pound continued.

"At 9 years old now, she isn't the bouncy puppy most people look to bring home," the shelter wrote, adding, "She is picky about her dog friends and doesn't like cats, but there are many people that don't have other pets that are looking to adopt."

Despite "her beautiful face," Janice has watched other pound dogs get adopted "time after time" while getting passed up, according to the facility. 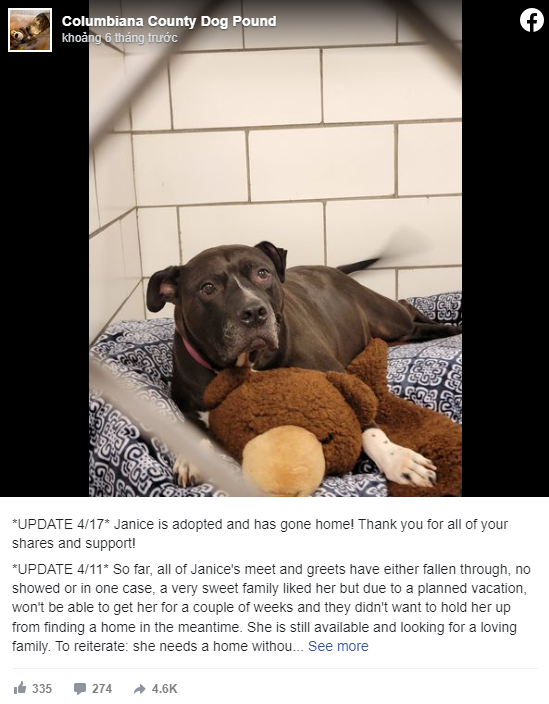 "No other dog has ever spent as much time at our shelter as Janice, even dogs that have been housed for court cases before they could be placed for adoption," the pound wrote in its Facebook plea.

After receiving "a lot of outreach," the Columbiana County Dog Pound shared an exciting update on Wednesday: Janice had a potential suitor.

"We are extremely hopeful that she will be going home with her new Mom either tomorrow or the next day," the pound said as it thanked its followers for helping spread the word about Janice.