Arizona Great Dane Gives Birth to 19 Healthy Puppies: "It Was Like Never-Ending Puppies"

The mom and all of her puppies are alive, healthy and doing well 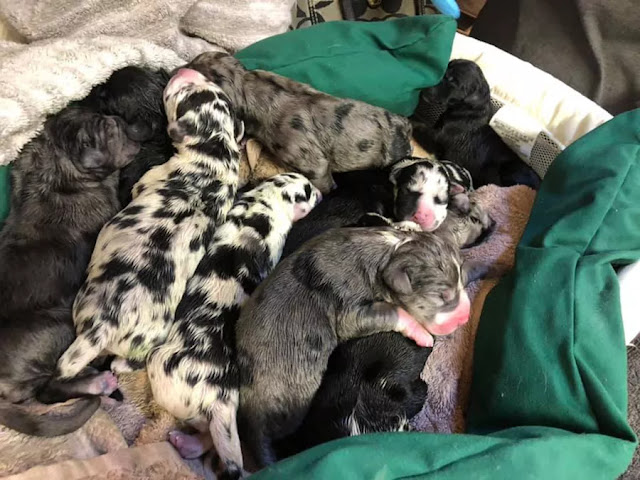 Never-ending puppies sounds like the kind of “problem” pet owners dream of having; for the Kingman Animal Hospital (KAH) in Kingman, Arizona, it was a reality.

According to the hospital’s Facebook page, one of their Great Dane patients gave birth to 19 puppies on the morning of Feb. 23.

“The staff of KAH (11 of us) successfully delivered 19 Great Dane puppies this morning by C Section! All live and healthy! Mom doing great!,” KAH wrote on Facebook about the well-staffed operation.

Cleo, the canine mom, and her bountiful brood continue to do well, reports ABC. The puppies are being bottle-fed every three hours.

“On average this breed will deliver no more than ten puppies at a time,” Dr. Erika Agone, the surgeon who performed the delivery, told ABC. “So, in this case, it was like double, which is why Cleo had to come into give birth. It was like never-ending puppies.” 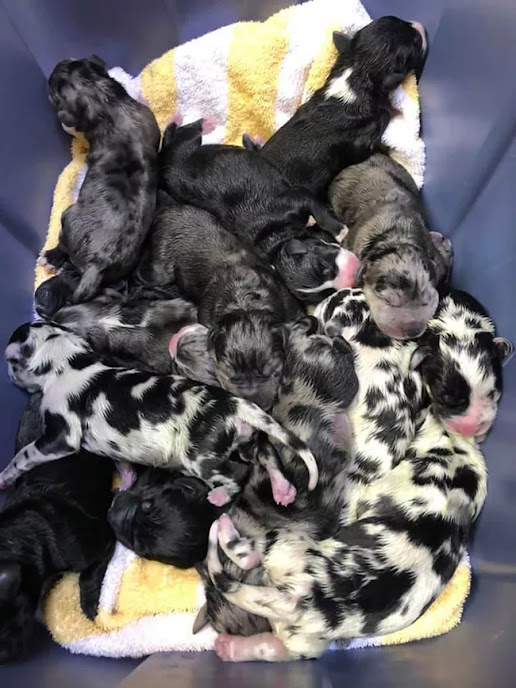 According to Newsweek, Cleo arrived at the animal hospital at a weight of 143 pounds, about 43 pounds heavier than a healthy Great Dane. The canine has since “deflated” after giving birth, writes the Cleo’s Legacy Danes Facebook page, a page started by Cleo’s owner after the dog had her 19 puppies.

KAH is grateful that staff members were ready and willing to assist with this big birth and the hospital is also appreciative for all the positive messages it has received from pet lovers since the Caesarean section.

While 19 seems like a lot of babies (and it is), Cleo is still a few pups shy of the Guinness Book of World Records’ largest dog litter. This honor belongs to Tia the Neapolitan mastiff, who had 24 puppies in 2004.