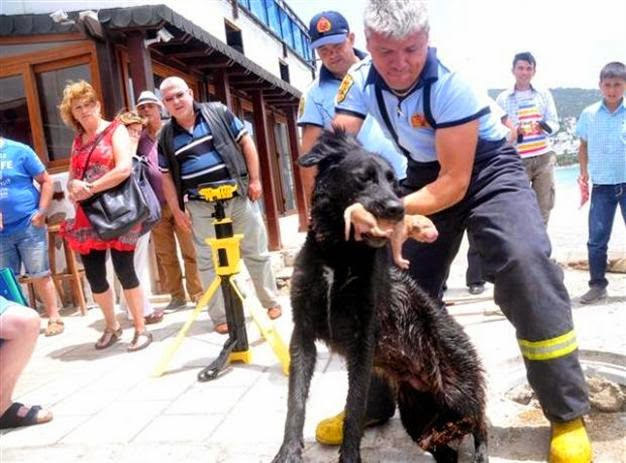 A heroic stray dog has saved her puppies from a drainage canal after rescue teams asked for her help in the southwestern Turkish province of Muğla. 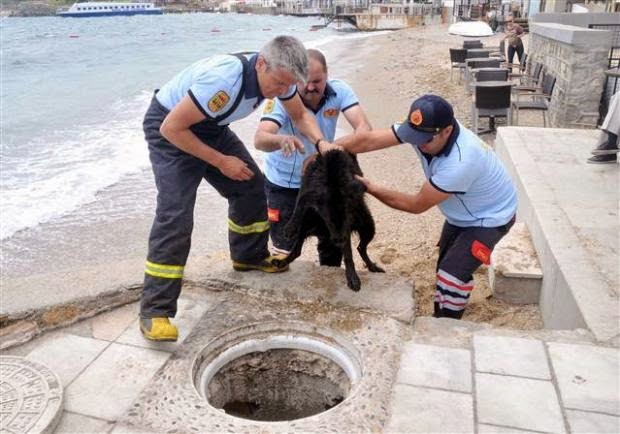 Erhan Erol, a resident, called firefighters as he noticed eight puppies that were stuck in a drainage canal at the Kumbahçe beach near the touristic town of Bodrum. The puppies were about to be drowned as the canal was slowly filling with seawater.

The rescue team that arrived shortly afterwards stopped the rising water, but couldn't reach the puppies by entering the narrow loophole. 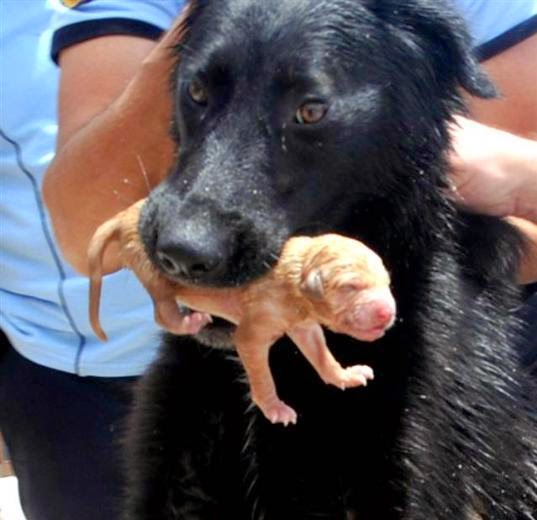 After seeing that the mother dog was suckling another puppy under a balcony of a nearby building, a firefighter whistled to call her to rescue the others in the hole.

The stray dog quickly joined the rescue team, saving -and then suckling- each puppy every 5-10 minutes, as residents watching the operation applauded her each time.

As the mission was accomplished under one hour, one resident said "this is what motherhood is."