'Frightened' Corgi Mix Found Taped Inside a Box Left in a Porta-Potty at a Mass. Construction Site

"The dog is unharmed and stable, but frightened — and is now resting at the MSPCA's Jamaica Plain adoption center," said the MSPCA-Angell humane society 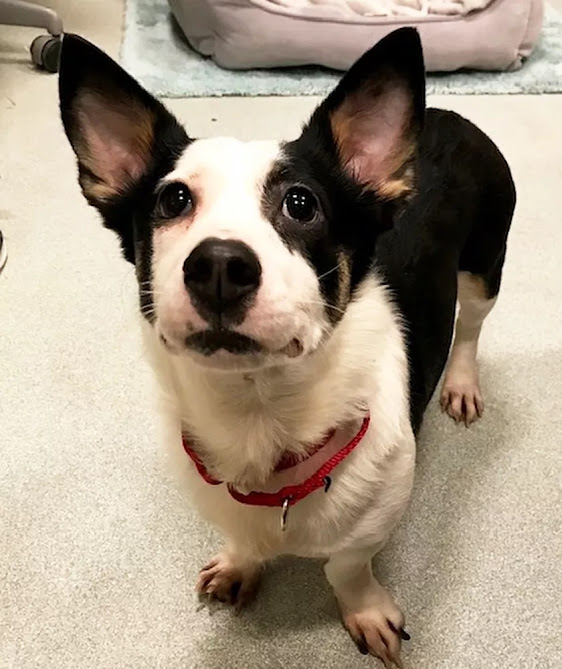 Police in Brookline, Mass., are looking for information after a Corgi mix was found taped inside a box that was left in a Porta-Potty.

The 22-lbs. female dog, who is believed to be around 5 years old, was discovered inside the portable restroom on a construction site at 19 Colchester Street around 10 p.m. local time on Thursday, according to a statement posted on Facebook by MSPCA-Angell.

The humane society said the Corgi mix appeared to have freed her front legs from an O-Cedar EasyWring mop and bucket box when she arrived at the Angell Animal Medical Center in Boston for evaluation.

A bystander called police after hearing the dog barking inside the enclosure, according to WCVB.

"The dog is unharmed and stable, but frightened — and is now resting at the MSPCA's Jamaica Plain adoption center," the humane society said on social media. 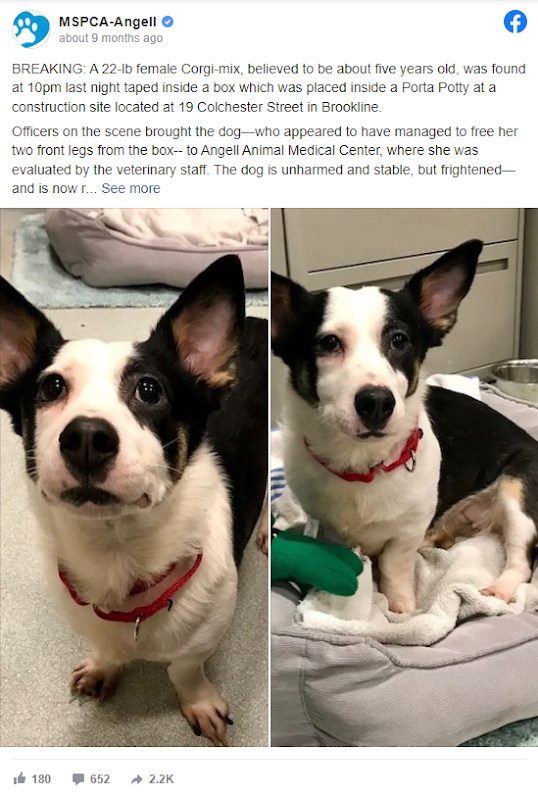 "These situations are always perplexing to us and disheartening for us to see," said MSPCA spokesperson Mike Keiley in an interview with WCVB.

"That's a scary experience for an animal to go through," he later added. "I think certainly in the wintertime, especially the cold plays a factor in addition to the other parts that are dangerous for the animal."

Never miss a story — sign up for people's free daily newsletter to stay up-to-date on the best of what people has to offer, from juicy celebrity news to compelling human interest stories.

Keiley noted that the dog has made "great progress" and "started to show much more [of her] sweet side" since being taken in by the MSPCA.

The MSPCA added that the abandoned dog was not wearing a collar or identification tags and is not microchipped. The humane society is giving the owner a week to come forward, but ultimately expects the Corgi mix to go up for adoption, according to WCVB.

"Our next objective is to make sure that she's in a place where something like this will never happen to her again," said Keiley.

Detectives are asking residents in the area of Colchester Street to check their security systems for footage of the incident, according to posts on the Brookline Police's social media accounts.

Police are looking for any information regarding the dog or its owner as they investigate the incident. Anyone with information is asked to call the Brookline Police Department tip line at 617-730-2730 or the MSPCA's Law Enforcement Department at 800-522-6008.