The dog's former owner was charged with one count of Animal Neglect — Death or Serious Injury, the Des Moines Police Department confirmed 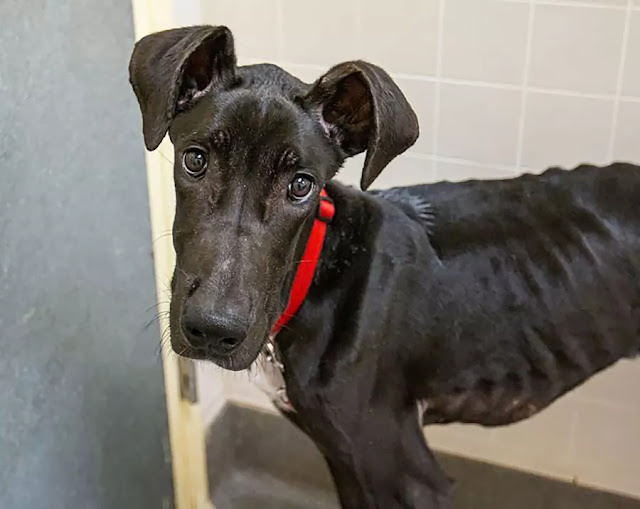 A woman was arrested in connection with neglecting a severely emaciated Great Dane found in her Des Moines, Iowa apartment.

Alaxandria Byron, 26, was charged with one count of Animal Neglect — Death or Serious Injury, the Des Moines Police Department confirmed to PEOPLE.

The Great Dane, named Kal, was found "suffering from severe emaciation" in Byron's apartment, according to a Facebook post from the Animal Rescue League of Iowa (ARL).

When the officer arrived at the home, the dog was "shut in the crate with no food and no water —wasting away in an apartment where people were living. And no one was helping him," according to the animal rescue's Facebook post about Kal.

"When the ARL officer told the owner to let him out, he bolted for the bathroom and began guzzling water out of the toilet. He was so hungry and thirsty it was heartbreaking," the post added.

After officers recovered the dog, Kal was transported by ARL's Emergency Care team to the rescue.

Kal reportedly arrived at the facility "so emaciated and dehydrated that even his head and eyes were sunken in. He had no muscle mass whatsoever and weighed just 44 pounds," the animal rescue shared on Facebook. "He wouldn't have survived much longer."

Kal immediately received food and ate "every last morsel," according to ARL. He also started IV fluids due to extreme dehydration.

Kal is now on a refeeding program to help him safely regain weight and is working to recover his strength, the Animal Rescue League of Iowa shared in its Facebook update on Kal.

"Kal will never again know the horrors he suffered, and once he is healed, he'll have the chance to find the loving home he so deserves," the post added.