A Rottweiler has been badly injured in the attempted stabbing of its owner with a kitchen knife in Essex. 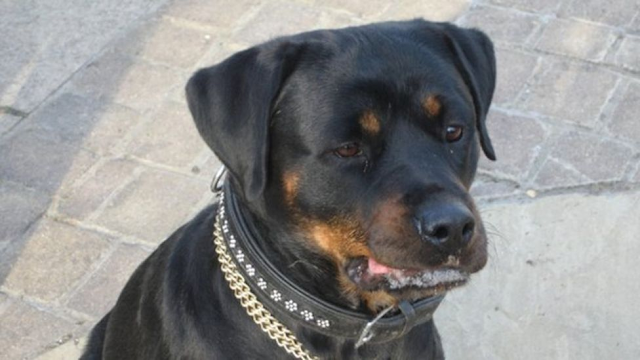 The dog was stabbed in the chest with a 5-7in (13-18cm) blade in Borders Lane, Loughton, on Wednesday evening.

The animal was "rushed to a vet" for treatment and is in a stable condition, police said. The owner was not injured.

Police are searching for the suspect, who ran off after the attack, and are carrying out a forensic investigation of the scene.

Det Insp Paul Tindall from Essex Police said officers had "not yet established a definite motive" for the stabbing.

But he said they were "determined to find the man who carried out this attack and arrest him as soon as possible".

"The suspect was seen in company with another man with a yellow top prior to the incident and he also ran off," he added.

Police also want to trace a woman, believed to be a commuter, who spoke to the suspect shortly before the attack.

She is described as black, smartly dressed in black and was carrying a bunch of flowers.