Nine dogs including seven puppies have been stolen from a garden in West Lothian. 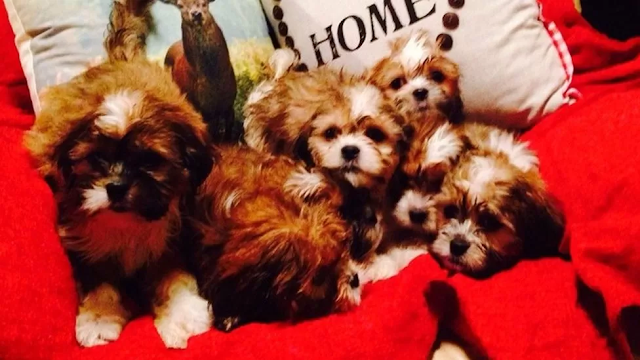 Seven Shi Tzu puppies and two full-grown lurchers were taken from the property in Glendevon Park, Winchburgh, between 07:30 and 18:00 on Wednesday.

The Shi Tzu puppies are tan and white in colour and are worth about £650 each. The lurchers have pale gold rough coats and are working dogs.

Police officers are appealing for witnesses to come forward.

Con Rachel Royan, of Police Scotland, said: "At eight weeks old the puppies are too young to have left their mother, who was not taken, and the owners are extremely concerned for their welfare.

"We would urge anyone who saw anything suspicious in or around Glendevon Park on Wednesday to please get in touch as we are keen to reunite them with their owners."