Whitney, a 3-year-old white Shih Tzu, is a tiny little thing, but she created a major stir recently after wiggling under a fence and taking off from her yard. 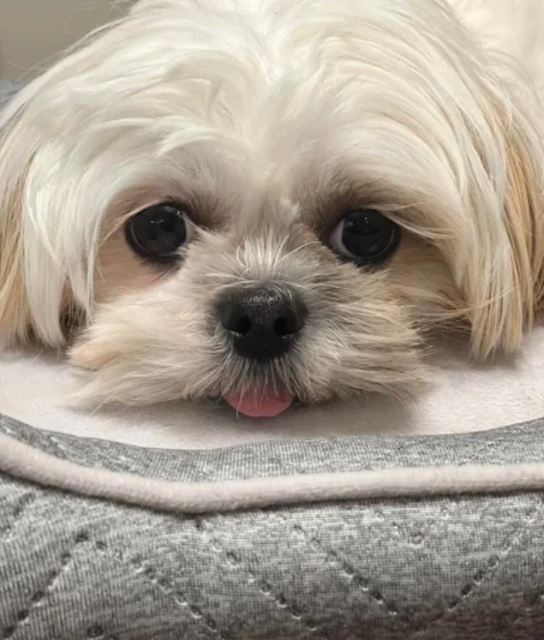 Nickole O’Neill, a Brownstown Township resident, has fostered dogs for more than 12 years and has been instrumental in getting 50 or more lost dogs returned to their owners.

But, on Aug. 11, it was O’Neill who needed that same support and the good fortune of someone stepping up to help find her lost dog.

She and her husband, Tony Cox, were nothing short of distraught when they noticed she was missing and checked their surveillance camera. 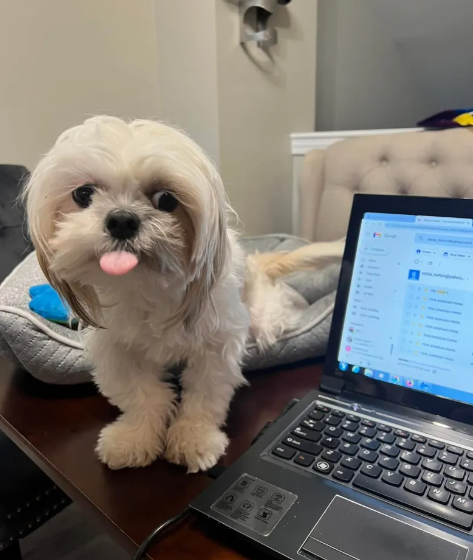 “We had people showing up from everywhere to help,” O’Neill said.

Sightings of the dog led the search to the wooded area near their subdivision in Whispering Woods.

At one point, Whitney was spotted wandering dangerously close to the freeway.

It was O’Neill’s sister who was able to flush the dog back toward the woods, likely saving her life.

She got a little cut up trampling through the rough area trying to get to the dog.

Feeling like she failed because she couldn’t catch Whitney, she was in tears coming out of the area. 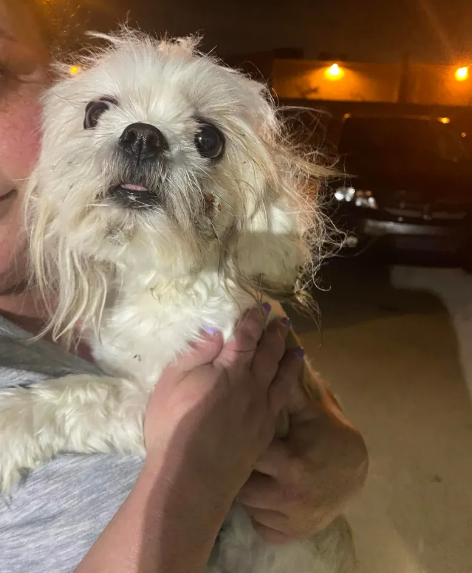 A resident who wasn’t part of the search saw her and called police, thinking she had been injured in some way.

“She was so upset because I was so upset,” O’Neill said of her sister. “If it wasn’t for her, Whitney could have gone right onto the freeway.”

Traps were set all around the area.

Still, the dog was elusive.

For two days, friends and strangers came to help in any way they could.

One person even came out and barbecued in the dark, thinking the smell might draw her out.

The dog owners couldn’t stand to sit by and wait for news about the dog, so they decided to go sit along a trail that leads into the woods.

Just as they were at their wits’ end, along came two young ambitious boys from the neighborhood.

They coincidentally came across the couple and after a brief conversation told them they were looking for the missing dog.

The boys had no idea the dog belonged to the couple.

O’Neill was touched that the boys had been searching for a couple of hours, and for no other reason than to be of help.

Little did any of them know, their efforts were about to pay off.

As the boys were leaving the area, they spotted Whitney.

After talking with the owners, they realized she wasn’t just going to come to them.

The boys had to think quickly, and decided to use something quite unconventional to capture her — a fishing net.

They managed to scoop Whitney into the net and then called for help.

The owners were so elated they could hardly catch their breath.

Little did the boys know that there was a reward for anyone who returned the dog to the family.

Much to their delight, O’Neill made sure they received it.

“After spending two nights in the woods, our Whitney is home,” O’Neill later posted on social media. “We received hundreds of calls with tips on her location. Family, friends and neighbors spent hours searching for her.”

She thanked the two young boys who volunteered to search for her, and then came up with a unique idea to capture her.

“Words will never be enough to express our gratitude,” O’Neill said. “She’s covered in burrs and smelly, but she’s safe thanks to everyone.”