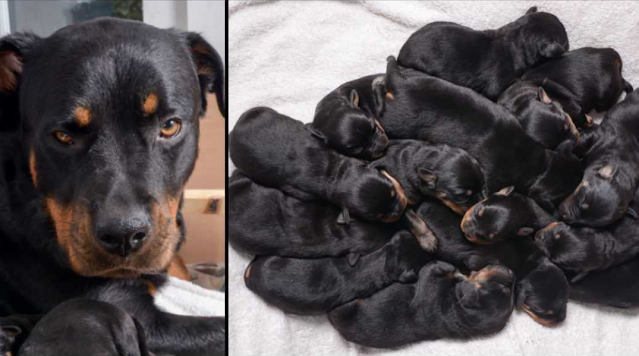 Eleanor Usher was thrilled when she learned that her 2-year-old Rottweiler, Jessie, was expecting puppies. But Eleanor didn't know for sure how many she was going to have. The ultrasound was too expensive. She'd been told to expect anywhere from six to eight babies.
Meanwhile, Jessie's pregnant belly grew and grew.
Then, one night, Eleanor and her husband heard scratching noises at the bottom of the stairs. It was about three days before the dog's due date, and there was Jessie, in the midst of giving birth.
Two of the little ones were already out, and Eleanor knew there more were to come — but she had no idea just how many.
The Rottweiler kept on giving birth, and after the sixth puppy, her owner thought for sure that it was over. Little did she knew that her dog's labor wasn't even halfway done!
The puppies kept coming until a total of 15 were born, breaking the record for the second-largest litter in the UK. Now scroll down to see the adorable little ones! 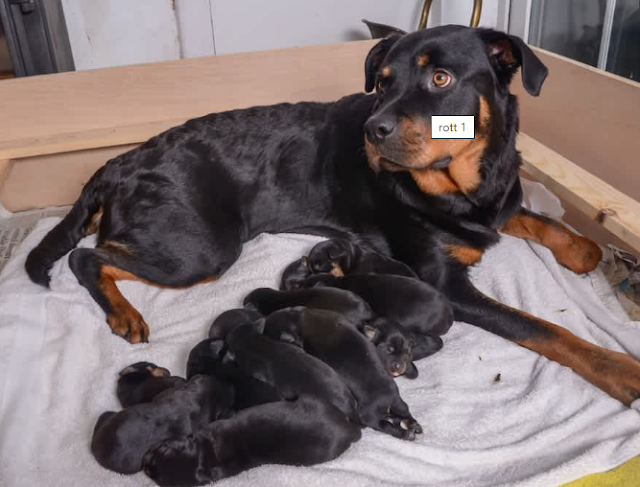 A Rottweiler in the UK gave birth to a litter of 15 puppies, breaking the record for the second-largest litter in the United Kingdom (the largest is 18 puppies). 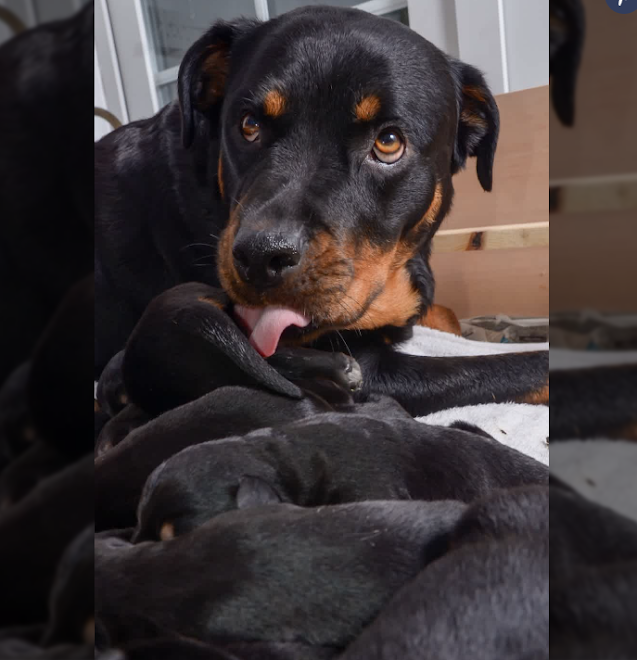 Jessie gave birth in the early morning hours one Sunday, just three days before her due date. 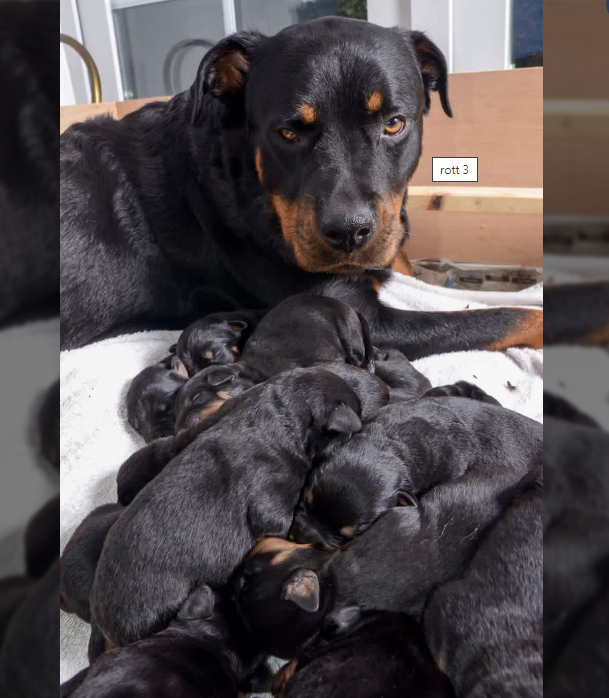 Jessie's owners were not expecting a brood so big. Although they didn't know for sure how many babies the dog was expecting, they were told to prepare themselves for the arrival of six to eight little ones. 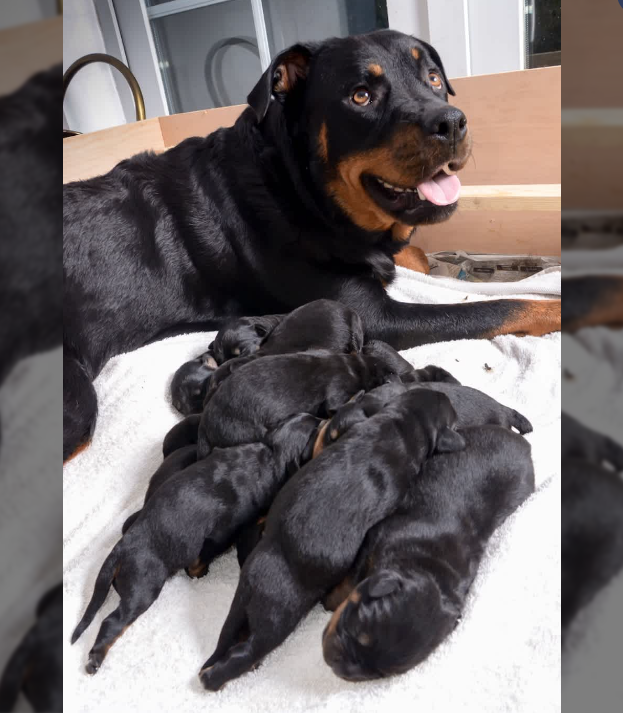 But instead, they greeted 15 puppies that day! 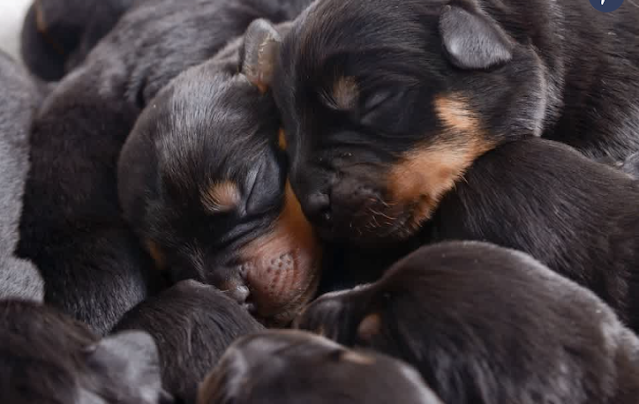 After the 11th puppy was born, Eleanor started looking into records, and that's when she saw that her Jessie was about to become a record holder. 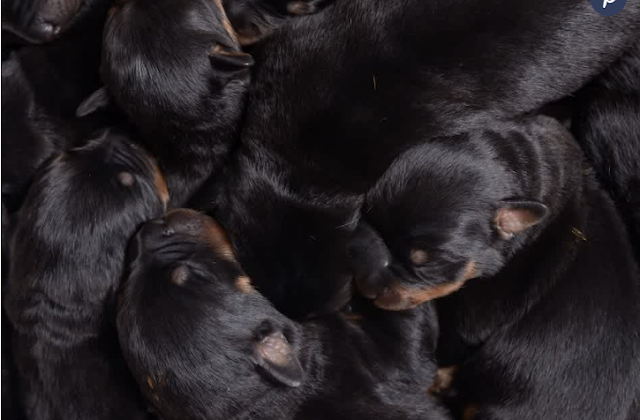 The mom's labor was over after about seven hours. 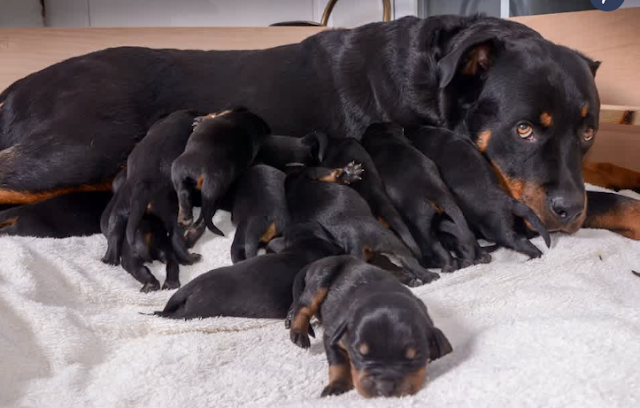 All the puppies arrived healthy, although there were initial fears about the well-being of the last one to be born. 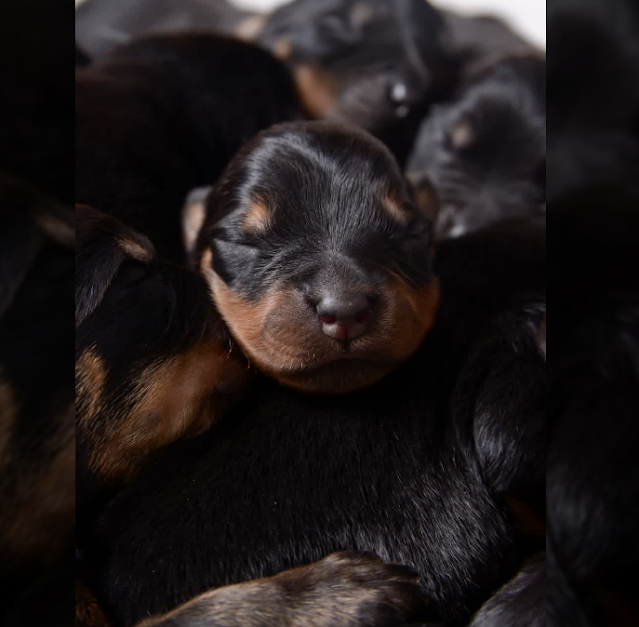 Jessie is reportedly a very protective mom and doesn't let anyone come near them, even to feed them formula. 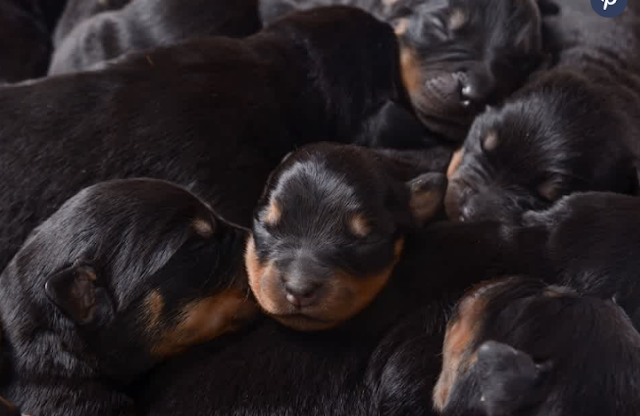 She has become fiercely independent as well and insists on taking care of her 15 little ones all by herself. 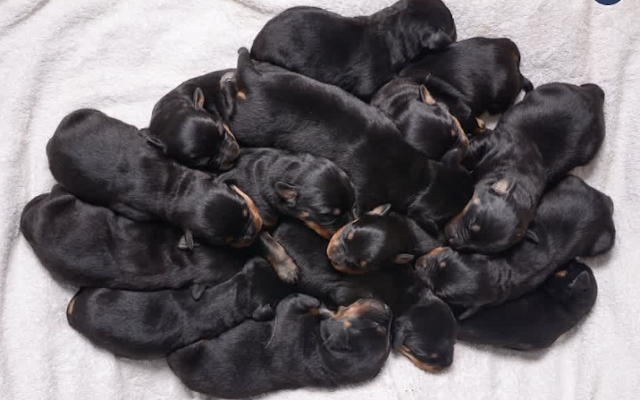 So far, all the puppies are doing well — and will be available for adoption in no time!
Tags
breeds dog blog Rottweiler
Related Article