The Stroller-Pushing Pug You Want to Hug! 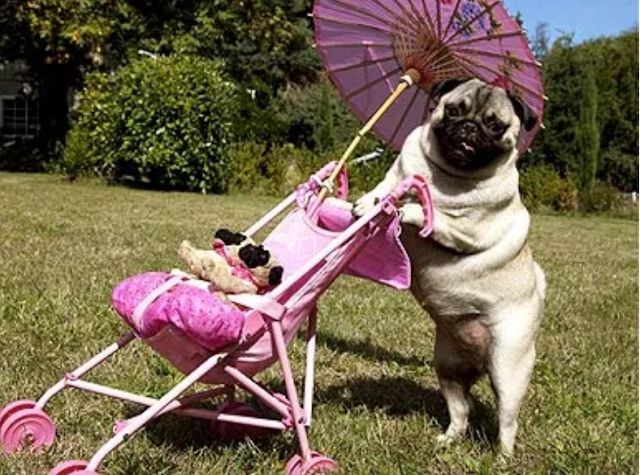 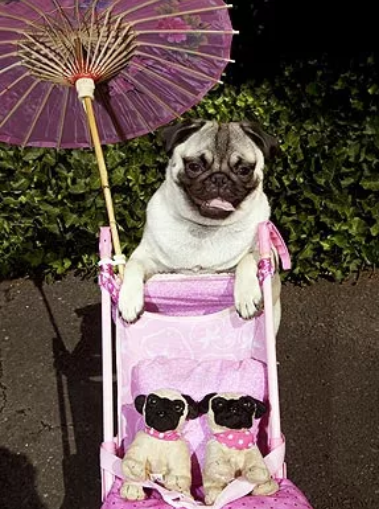 Jenny shows off her babies the “puglets,” who stick with her wherever she goes. Her favorite color? Pink, of course! “Everything she has is pink,” Zessin says. “She just looks so right with it. We have three sons, so she’s our little girl.” 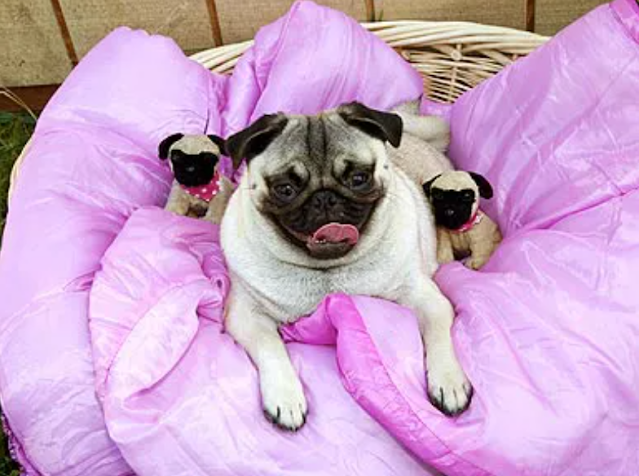 Nap time! Jenny and her pups get cozy on a cushion. “She was so active right from the start,” Zessin says. “She’s very smart and very exuberant.” 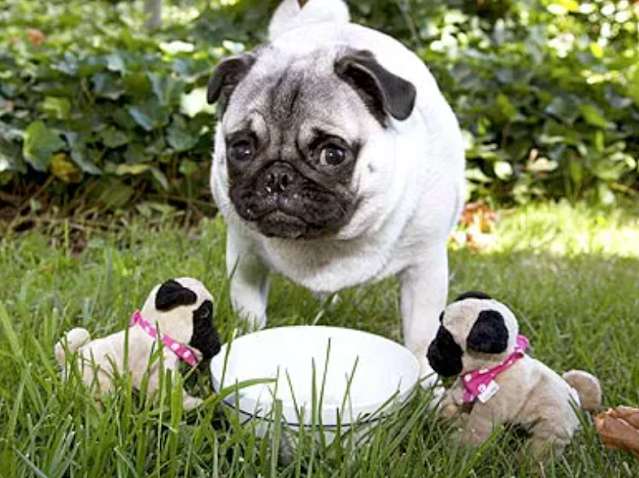 What, I’m the only one who’s hungry? While Jenny’s puglets may never chow down, the real pug herself has an affinity for people food – particularly cooked chicken. 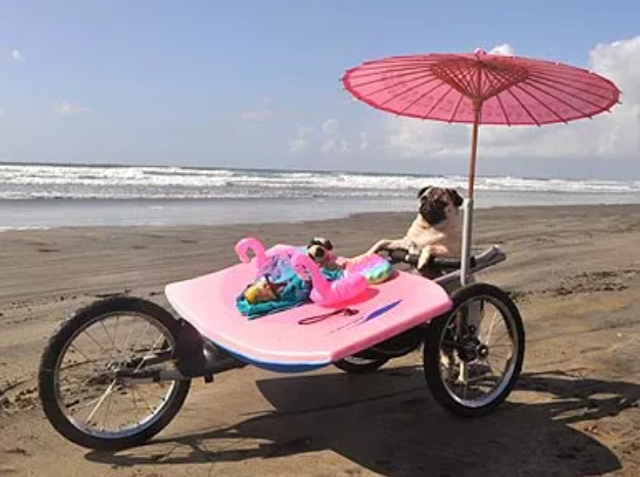 Jenny, who also has a penchant for surfing, pushes her pals – and some flamingo floaties – along the Oregon shore. Who taught her such tricks? Zessin herself. “She was always jumping up and being scolded for it,” she says. “So I thought it would be fun to teach her a trick where she could jump up and do something fun.” 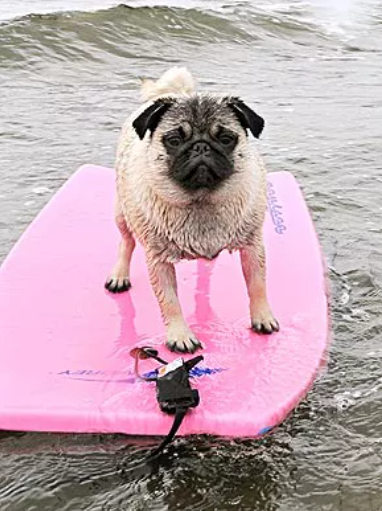 In Jenny’s next video, she’s an action star! In a new clip, still being produced, Jenny and the puglets tour the Oregon Coast. Sadly, the puglets had to sit this wet one out! 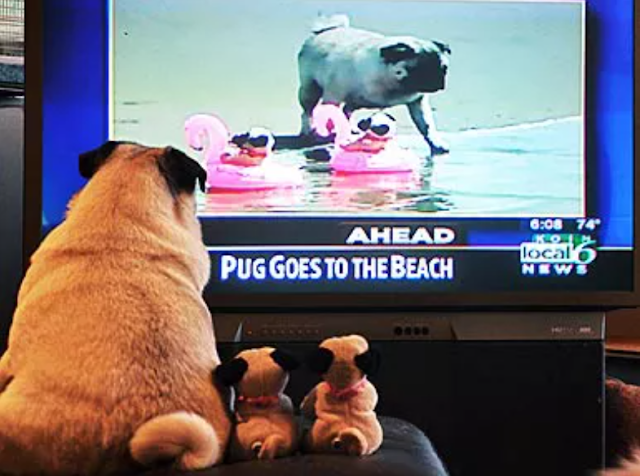 Look familiar? Zessin captures the three pups watching themselves on the news. How did Jenny get so famous? It was all pure luck: A video of the pooch made for Zessin’s son garnered more than 50,000 views in one day on YouTube, thanks to its total cuteness. 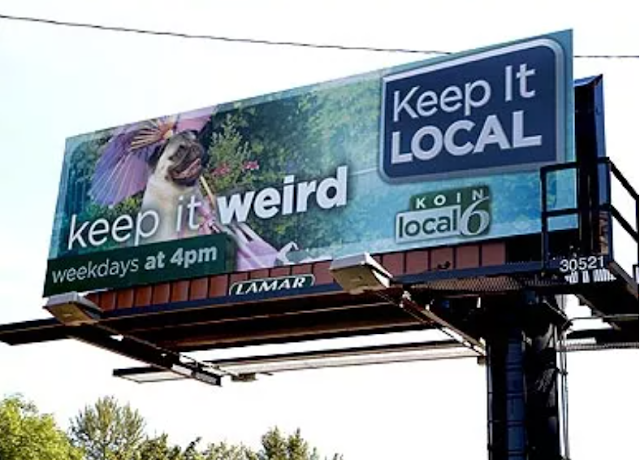 Who’s that girl? Jenny serves as the poster pup for the KOIN local news. According to her Twitter page, she’s appeared on MTV, G4, ABC, NBC, FOX and more. What a star! 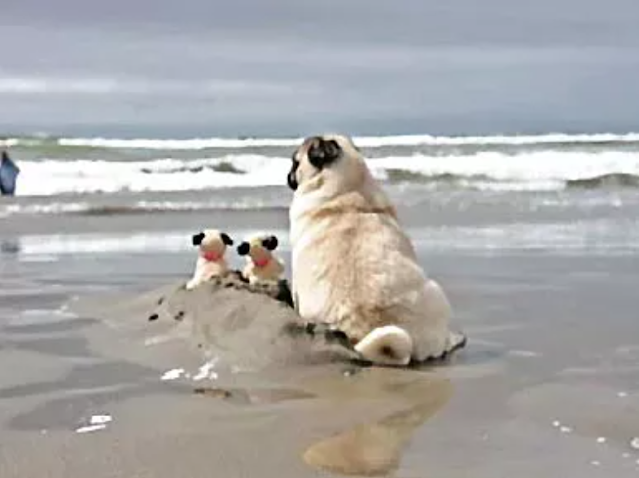 Jenny and her puglets share a quiet moment on the Oregon shore as they soak up some waves in the sun. “There’s something about Jenny,” says Zessin. “She’s magical.”