A 7-year-old boy called Jensen was surprised by his grandparents who knew that he had a very bad week at school! Rebecca Sparkle Browne, Jensen's mama, said that when leaving school, he had been in tears again! But these tears turned into tears of happiness when he saw the dog. 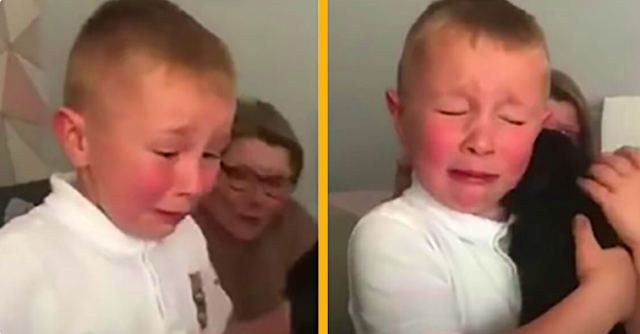 The mama shared a video on social media showing Jensen in his school uniform when he arrived home. You can see that he spotted the box in the middle of the room and started to open it after he was told to by the grandparents. 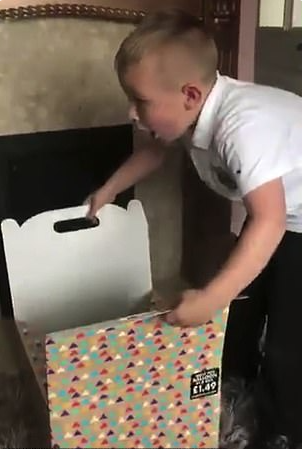 After opening the box, he could not hold his happiness and directly ran towards his Nana to hug her. He then started to introduce the puppy, who was named Buddy to his family! You can see in the video below the way Jensen introducing the dog to the family finishing it saying that he is his best friend now.

Anyway, the puppy will not live at Jensen's home, as he will be with the grandparents. But the boy can visit him whatever he wants. Many people commenting on the video saying that they started crying emotionally after seeing the reaction of Jensen. And more than 2,000 people have shared the video since it was uploaded. Watch the video below.