17 Shih Tzu Facts that You'll Want to Learn with Pictures 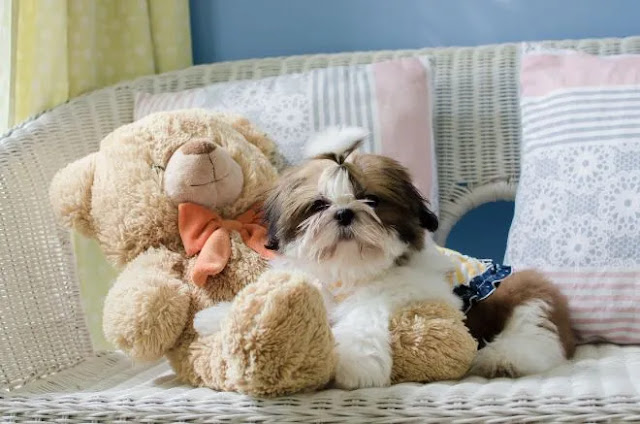 The Shih Tzu is an affectionate and outgoing breed of dog that many people love to call their best friend. Ranked number 20 out of 197 for the most popular breeds of dogs by the American Kennel Club (AKC), they are in the top 10% of favorites amongst dog owners. 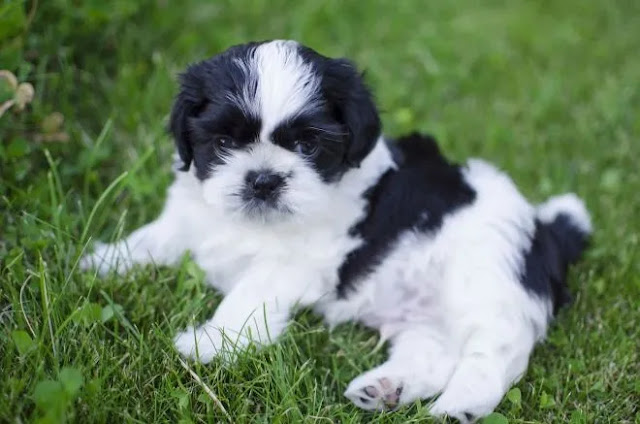 These adorable and playful pups have more to them than meets the eye. Read on to discover some interesting facts about Shih Tzus that you may not have known before!

1. Shih Tzu are a part of the toy group of dogs 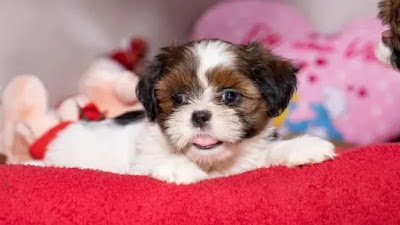 It probably comes as no surprise that this tiny pup belongs to the American Kennel Club’s Toy Group. With a height of about 9 to 10 1/2 inches and an average weight of 9-16 pounds, these dogs are on the smaller size when compared to others. Some other dogs that belong to this group of dogs include the Cavalier King Charles Spaniel, Chihuahua, Maltese, and Pomeranian. Dogs in the Toy Group may be small, but they do not lack having a big personality!

2. They are the quintessential “lapdog” 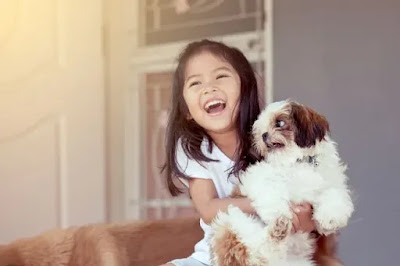 The Shih Tzu was bred to spend their days inside royal palaces, so they are a great option for those who live in an apartment or other home that doesn’t have a big backyard. Shih Tzu do not need to run around a ton or chase squirrels — they are happier laying in your lap and lounging while you watch TV.

3. Children and Shih Tzu get along swimmingly 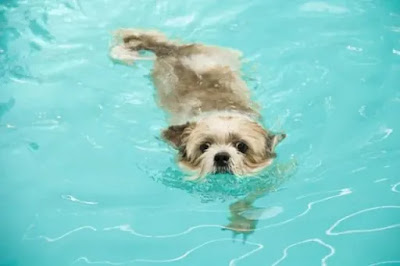 Though some smaller dogs typically have a reputation of having an attitude and perhaps being tougher to have around children, this could not be further from the truth for Shih Tzu! This breed of dog is known to be especially affectionate with kids, though you always want to make sure they are looked after when around children. 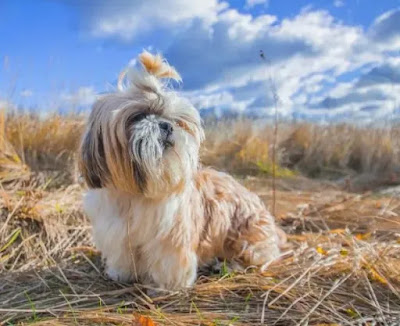 Shih Tzu have earned the nickname of “Lion Dog” not for their size or personality, but because their name literally translates to “little lion” in Mandarin!

5. They have a longer life expectancy 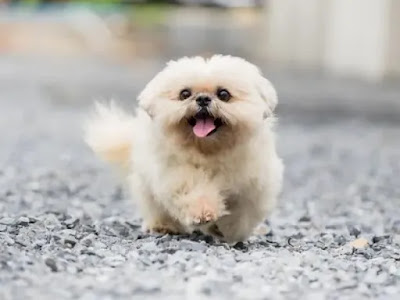 Most small dogs have a longer life expectancy, and this is true for Shih Tzu as well. These sweet dogs can live for almost 20 years — their average life expectancy is around 10 to 18 years. 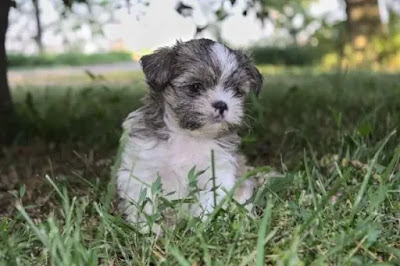 Documentation of the Shih Tzu dates back more than 1,000 years, though its ancestry goes back even further than that. Though the breed is often associated with China, they were actually originally bred in Tibet, where Tibetans then gifted these adorable pooches to Chinese royalty.

7. They are a cross between two other well-known breeds 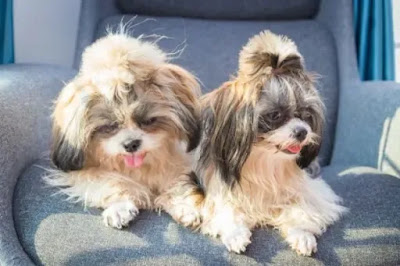 You may notice that the Shih Tzu slightly resembles some other dogs in the toy group. This is because it is believed that Shih Tzu was most likely bred by crossing two other Sino-Tibetan breeds: the Lhaso Apso and the Pekingese. To create the modern-day Shih Tzu, this breed was then bred with Pekingese or Pugs. 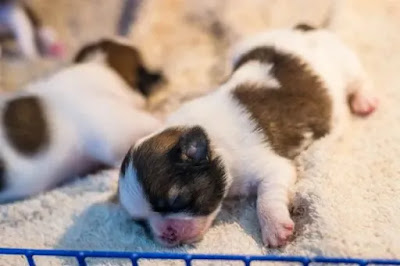 As you may have guessed, these little lapdogs were not bred as hunters or for any specific useful purpose except to love their humans. Shih Tzu were created solely to be companion dogs, and they do a great job at that! 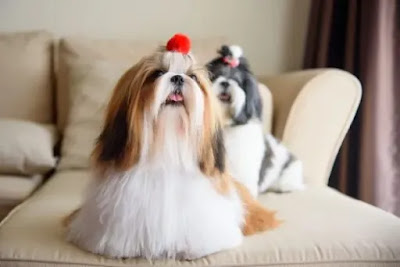 Move over, man buns and messy buns! The Shih Tzu has flowing hair that grows long enough to sweep the ground, and many owners and dog groomers love to adorn their luscious locks in a beautiful top knot atop their head, tied with a lovely bow. This top knot is not only for looks, though — it is actually recommended as a way to keep the fur out of your Shih Tzu eyes so that they can be protected from irritation.

10. They have another nickname comparing to a flower 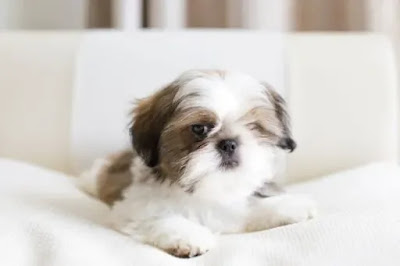 “Lion Dog” is not the only other name that a Shih Tzu is known by — they are also nicknamed the Chrysanthemum Dog. They have earned this nickname for the way their fur grows on their face. Just like the look of a chrysanthemum, the Shih Tzus fur grows in every direction, with the nose looking like the center of the flower.

11. Shih Tzu were brought to America by military members 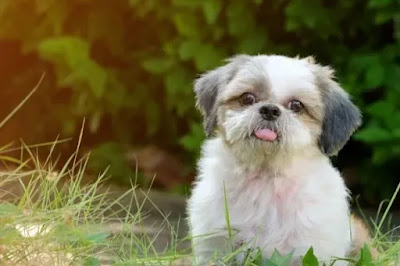 After being imported to England to China, Shih Tzu were also soon brought to other countries in Europe. American soldiers who were stationed around Europe got Shih Tzu of their own, bringing them back home to the United States in the 1940s and ’50s.

12. This toy breed is surprisingly athletic 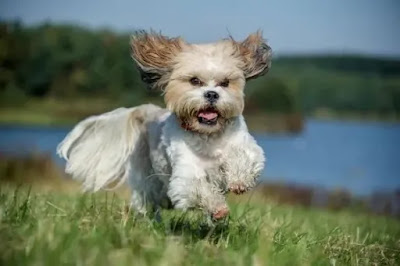 Though they were bred to be companion dogs and have no probably being lazy with their owner all day long, Shih Tzu owners have recently started to train their small pooches to see what else they can bring to the table. In 2014, a Shih Tzu won both a champion and agility title, becoming the first of its breed to do so.

13. Shih Tzu are tied to a Buddhist legend 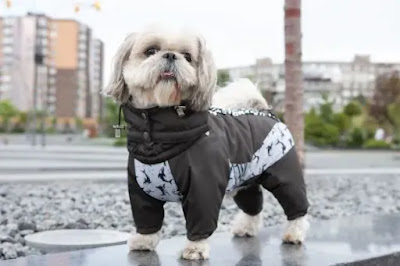 One popular legend of the Shih Tzu says that the dog saved Buddha from robbers attempting to steal from and kill him. The little dog turned into a lion and chased off the robbers, saving Buddha’s life. The animal then changed back into an adorable, fun-loving little Shih Tzu, and Buddha kissed the dog on its head to thank it for saving his life. Supposedly, Buddha’s kiss is what gave the Shih Tzu the little white spot on its head.

14. The flowing fur of a Shih Tzu requires regular upkeep 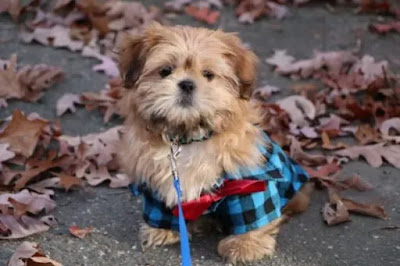 You can’t have such beautiful locks without having to take care of them! It is recommended to brush out your Shih Tzu fur daily, using a high-quality wire brush with flexible pins that will reach its skin. Don’t forget to give it a bath every few weeks, and tie that top knot and/or trim the fur around their eyes. 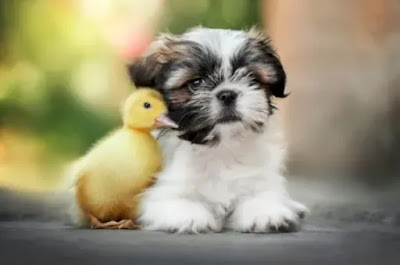 Alternatively, some owners may opt to bring their Shih Tzu to a professional groomer to receive a “puppy trim” which will clip their fur in a more manageable way.

15. There are a few ways to pronounce a Shih Tzu name 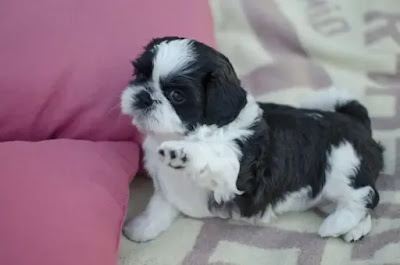 The correct ways to pronounce the name of this breed are “sheed-zoo” or “sheet-su” in the West. In China, Shih Tzu is pronounced as “sher-zer.” 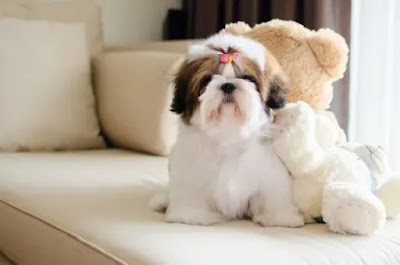 This charming pup wants to get its own way, yet they love pleasing their owners. Therefore, training with praise, rewards, and positive reinforcement works best. Those who do not properly train their Shih Tzu may end up with a chubby and less than well-mannered companion dog who tries to rule the roost. 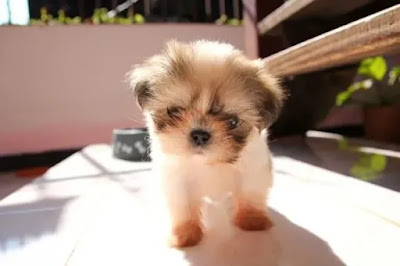 Since Shih Tzu are in the top ten percent of most popular dog breeds, it is no surprise that some famous people own Shih Tzu of their own. Some of the most notable celebrity Shih Tzu owners include Beyoncé, Nicole Richie, Mariah Carey, Miley Cyrus, Bill Gates, Colin Farell and even Queen Elizabeth II!