Every animal in this world deserves to live happily. None of us have not any right to lose it. Because animals are also a part of this world. But some people think that only humans have the right to live in this world. Such people do not love animals at all. Such people dumps the animals on the streets when they are no longer needed. This is a story about a dog who faced such an unfortunate fate.

Deniro is a rottweiler who was left in a box at a Troy gas station parking lot. When he was found, he was in poor condition and was broken in eight places. His jaw was also broken. It was clear from his health that he must have lived a very difficult life. The dog was then brought to Mohawk Hudson Humane Society (MHHS). There, the Rottweiler was treated and the vets worked hard for about four hours to repair his jaw. 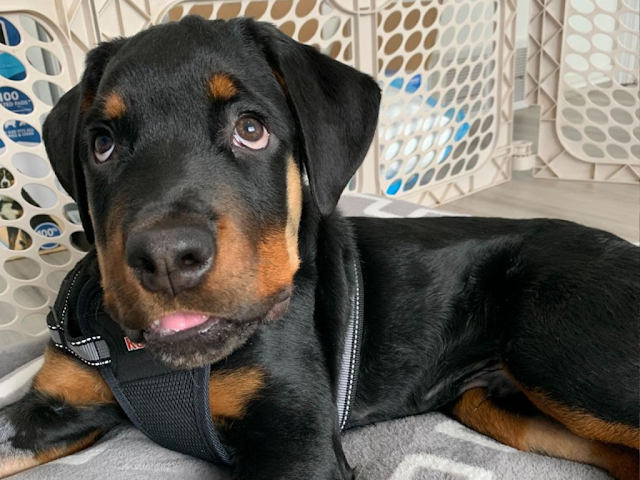 Highly veterinary bill was cost for the treatments of Daniro. But thanks to donations from the public, that was not a problem. After treatment he was transferred to Rottie Empire Rescue. His transformation was truly amazing. Daniro, who initially couldn’t to even stand up, became a very healthy and active dog. Then the rescuers of the Rottweiler started looking for information about his owners.

Officers from the Troy Department identified the owner as 34-year-old Khadija Davis. Officers caught him for dumping and ignoring the dog. Because there is no excuse for dumps animals. If someone feels that their animals are no longer needed, the solution is not to dump them on the streets.