In a heartbreaking rescue, a poor dog was discovered with duct tape over his feet and muzzle.

A dachshund was found in a ditch with duct tape around his feet and muzzle. The rescue team was shocked to find him in this state and deeply saddened by the ordeal. The dog could not move and it was a miracle he had even survived with his mouth taped shut. 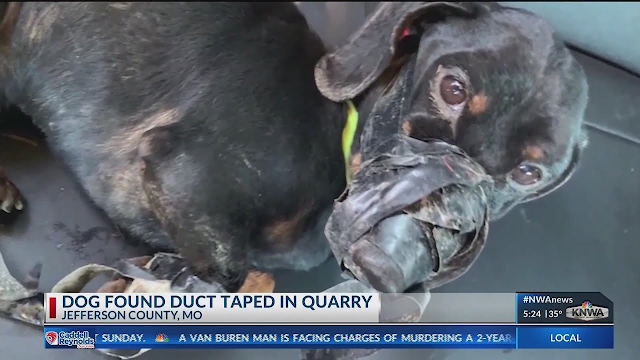 To top it off, the puppy was abandoned in a ditch when the temperature outdoors was just above freezing. Officers who discovered him tracked out the guy who had brutally mistreated the animal and charged him with major crimes.

Fortunately for the dog, he was saved and adopted under the name Jimmy. What a horrible experience for a dog to go through!

No animal should have to suffer in this way, ever. It’s just heartbreaking, but it’s nice to know that Jimmy did get rescued and is onto a better life.