The owner of a corgi has captured on camera the friendship between her dog and a tiny baby bunny.

The corgi, Ripley, met the little rabbit one day while she was out walking with her owner, Lareina Tan.

After that, whenever Ripley left the house in West Lafayette, Indiana, for a walk, the bunny would pop up, ready to play.

'This has happened two days in a row. We'd take the corgi out to potty, and she'd go sniffing around. Bunny pops out, play-date starts,' Tan wrote on Reddit.

'I was lucky enough to have my phone on me the third time this happened.'

Tan was slightly concerned her dog, who is named after Ellen Ripley from the Hollywood movie Alien, might hurt the rabbit, but realized after watching the pair that she had no intention of injuring her new playmate. 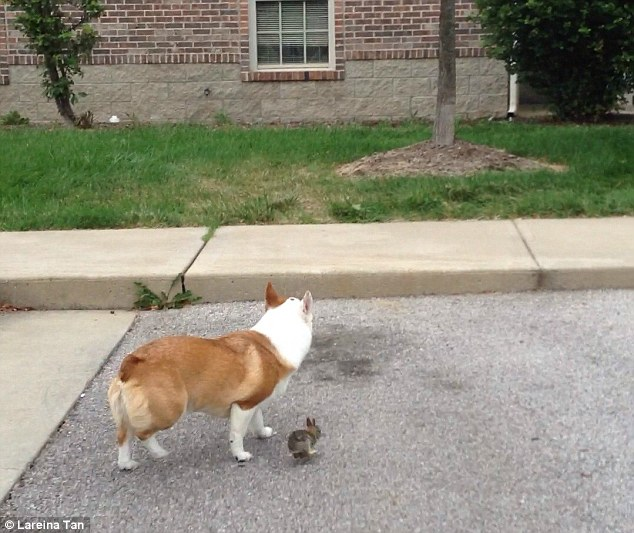 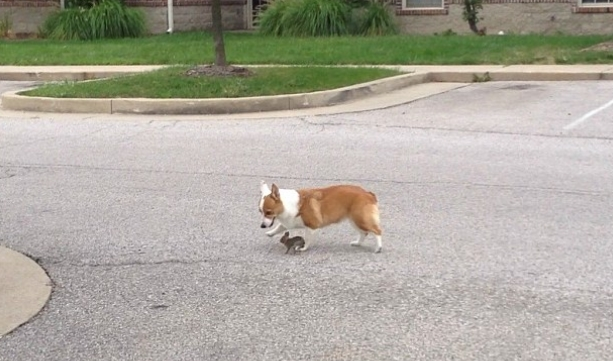 'The bunny ran around in circles around us instead of away, and jumped onto Ripley's front paw while she was sitting. I want to believe the bunny chose to hang with her,' wrote Tan.

Corgis are of Welsh origin, trained to herd animals. They're reportedly one of the few breeds that can herd geese. 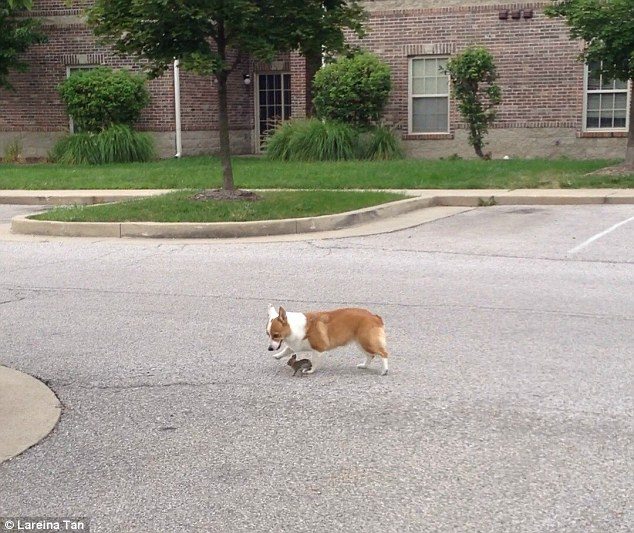 Perhaps Ripley's herding instincts were at work as she rounded the bunny up off the road and towards the sidewalk.

This cute encounter could have had a different outcome if the tiny bunny had met a different dog.

'Ripley is pretty much one of the least threatening dogs around... it could be because she grew up with a huge bunny and a hamster,' wrote Tan. 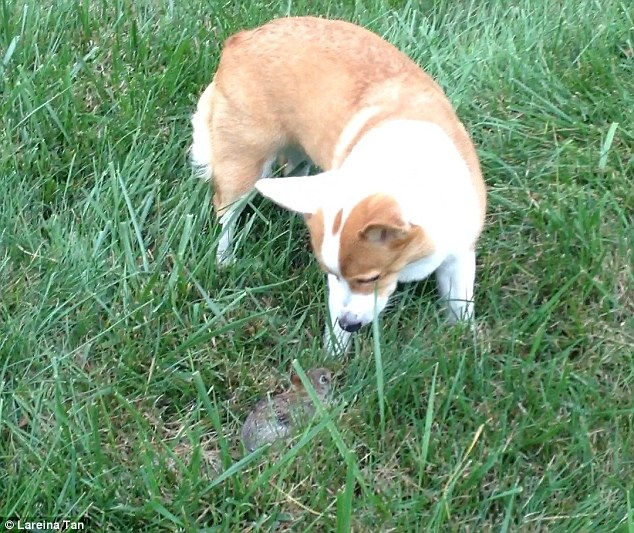 The bunny hopped off after Tan called Ripley inside, but she doesn't think that's the last Ripley will see of the rabbit.

Tan hopes that as the rabbit grows older, it will build its nest nearby so that Ripley and her new mate can maintain their friendship - and she can take more cute photos. 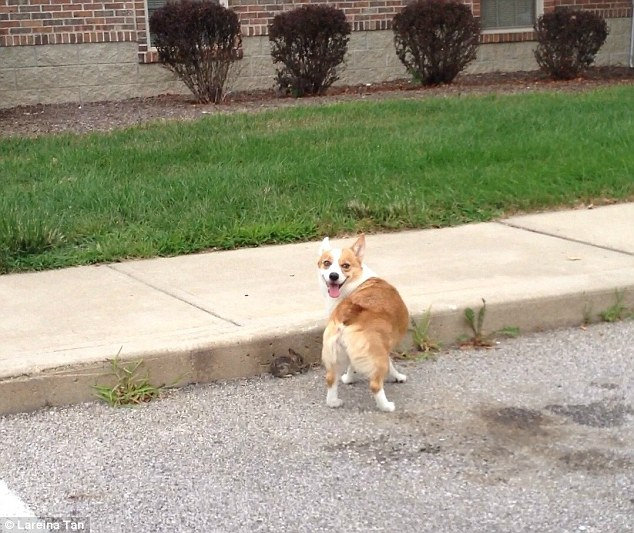 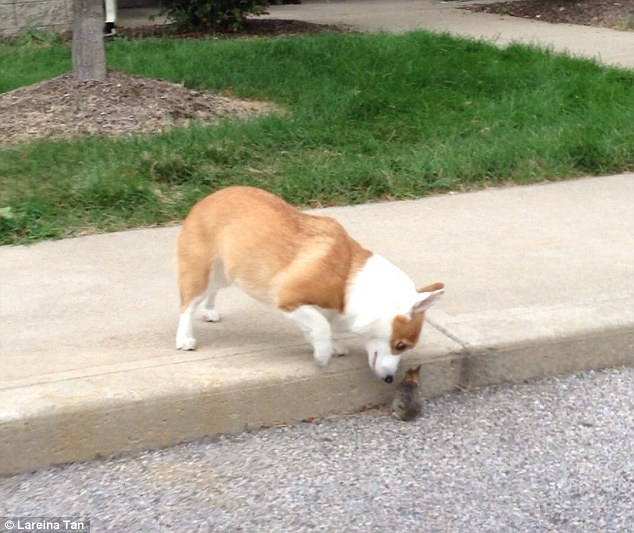 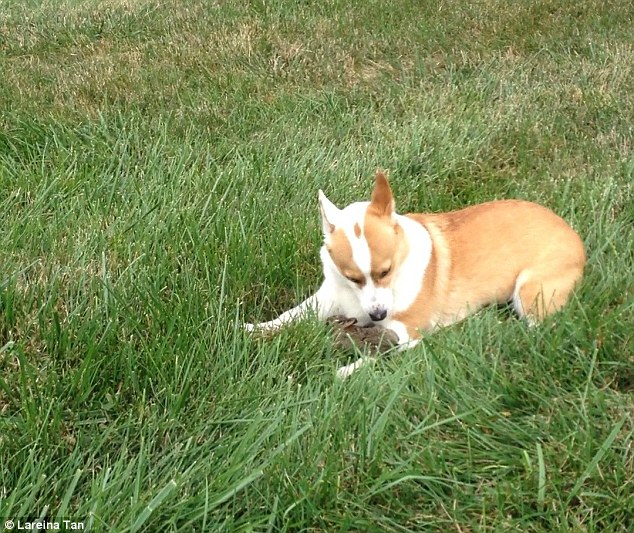