Are Rottweilers unsuitable as pets? Experts weigh in

The news of two pet Rottweilers m.a.u.l.ing a 58-year-old worker to d.e.a.th in a farm near Chidambaram, in Cuddalore district, last week has sent shock waves through people. It was reported that the dogs chased the man, attacked him and bit his ear off after their feed got delayed. This is not the first reported incident of assaults by Rottweilers. It was only two years ago that two pet Rottweilers m.a.u.led to d.e.a.th a 68-year-old woman in Avadi, Chennai. And a few years ago, two Rottweilers in Arakkonam m.a.u.led to d.e.a.th their owner when he had gone to feed them. The latest incident has once again put the focus back on Rottweilers and their suitability as pets. Every dog has its purpose 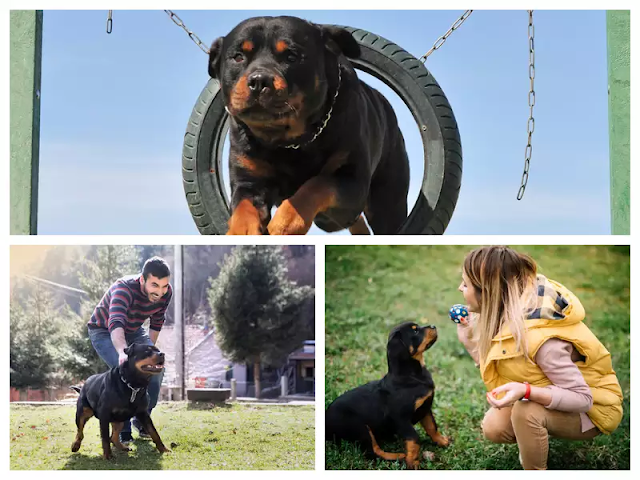 Manoj Poovanniyil of the kennel, Rottweiler Chennai, says, “Every dog and breed is different and people should do their homework thoroughly before taking them home. They need to first figure out what they are looking for in a pet — a companion, friend or a guard. Every dog has a different temperament and different ways of letting off steam.”

Rottweilers are a gravely misunderstood breed

“Rottweilers were originally used to pull carts to the market, herd animals and guard the home and farm. They were used as working dogs,” says Mini Vasudevan, an animal activist and founder of Humane Animal Society, “For many, their dark and sturdy features can come across as a bit terrifying. But I would say that Rottweilers are a breed that is gravely misunderstood. Rotts can be fiercely loyal to the family.”

A Soundararajan, who has had 20 years of experience in Dog Squad, Coimbatore City Police, says that the breed, by nature, is a bit aggressive. “Rottweilers are ferocious breeds, especially the ones abroad, which is why they are banned in many countries. They are aggressive dogs with powerful jaws and they have the tendency to not release their victims from their hold. They need to be trained from a very young age to acclimate themselves to their surroundings.”

Training is a must for Rottweilers

Manoj says that training these dogs is a must. “If you want your Rott to guard your house but you allow them to socialise with everyone, the purpose would be defeated. Dogs need to be trained to listen to your command and should be made to understand from a young age that you are the one calling the shots and not vice versa. Rottweilers are extremely intelligent and can be trained easily,” he says.

Agreeing with him is Nalin, who says, “The best time to start training a Rott is when they are four months old. Whenever they tend to get a bit aggressive, work them up. I have a controlled environment at home and I leave them unleashed. They run around and get exhausted after a while. If you don’t have a facility like that, take them out for a long walk and tire them out.”

Manoj says that sometimes, Rotts can be as gentle as Labradors. “Every dog needs its own time to settle in. You need to be extremely patient with them. But the best part is, you can mould them the way you want them to be. A Rott can be your child’s best friend or a good guard. It all depends on you!” Planning to adopt a dog?

Figure out what you are looking for in a pet

Train your dog from a young age

Don't let strangers near your dog

Rotts have strong guarding instincts, so don't pet them if the owner is not around

Tire them out when they tend to get aggressive