Sometimes, all you want to do on the weekend is turn on your computer and watch five minutes of an adorable bear cub playing with a dog. Your wish is our command. 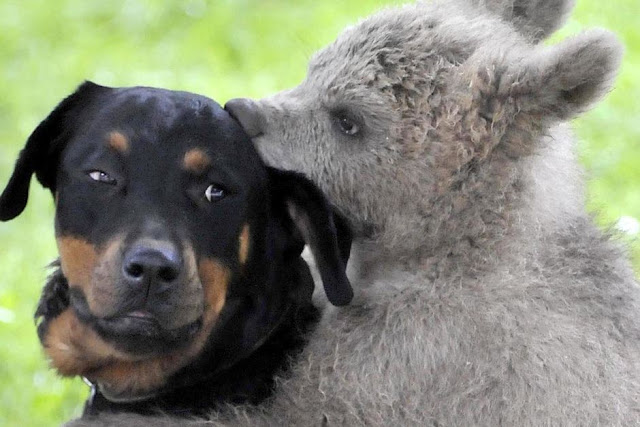 Annoying elevator music aside, this is pretty mesmerizing. Although as "Lucky the bear" grows older, heavier and toothier, this would get less and less cute. But for now, dawwwwww... 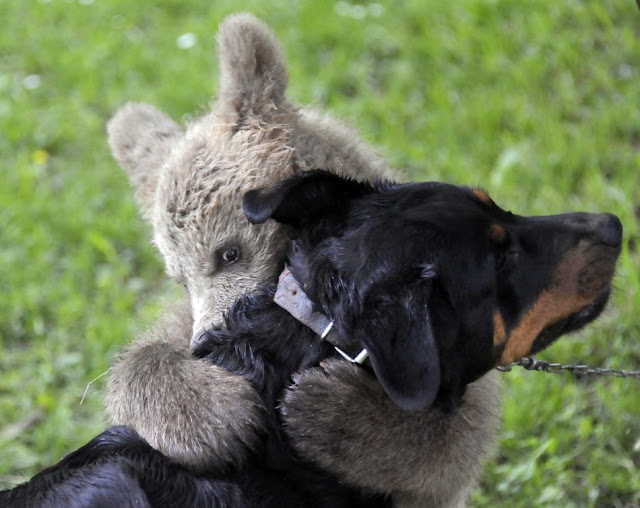 On a side note, the bear in question was apparently orphaned by its mother and he wandered onto this family farm, where the owners hoped to keep him as a pet. Slovenian authorities eventually removed the bear and sent him to a sanctuary in Romania where he will be prepared to return to the wild in a few years.

"There, he will be cared for by our top experts. In a few years he will then be able to return to his home in Slovenia," said Ms Stadler.

Brown bears are some of the largest carnivores on Earth. They hunt alone except during seasonal spectacles such as salmon spawning which causes large numbers of bears to gather together. As well as fish, these fearsome predators can bring down moose, elk and even black bears. Brown bears spend nearly half their lives underground in a state of hibernation. Females even give birth and nurse a litter underground during the winter months, although they will lose a staggering 40% of their body weight in the process.