Beautiful Rottweiler Girl With Broken Back Dumped in Street.

Due to the lots of heartless people, thousands of animals endure hardships every year. Stray animal populations are growing annually, according to statistics. This is because animals are frequently throws onto streets. Cats and dogs frequently experience this fate.

Some people adopt animals very lovingly. But when they can not be care of animals due to some health problems, they are thrown on the streets. Instead of treating those animals, owners completely ignore the innocent animals. Some of those animals are lucky enough to survive and some animals have to end their life.

One day a rescue team got information about such an dumped dog. It was a five-year-old rottweiler on the sidewalk in Bushey Avenue, South Woodford. It was a female Rottweiler. her health was not good at all. RSPCA officers began to search for whoever dumped this innocent dog like this. There they came to know that the dog was left in this place by a black car. He also had many problems with his eyes. 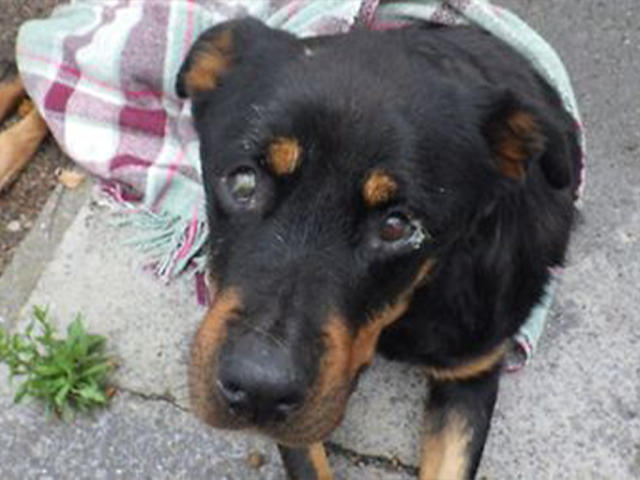 She was very weak and skinny. She couldn’t even stand up and her back was broken. It couldn’t imagine the person who dumped such a beautiful dog instead of treating her. It is not clear how her back broke. But she was treated as best as they could. But it’s unclear what happened to the dog in the end. RSPCA officers began searching for whoever dumped this innocent dog. But it is not clear if they were found.