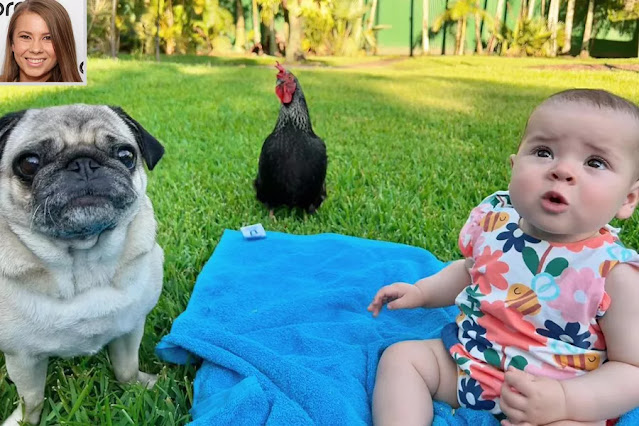 Baby Grace is a pro with the animals!

On Monday, Bindi Irwin shared a series of sweet photos of her and husband Chandler Powell's 8-month-old daughter Grace Warrior with their dog Stella and a chicken.

In the snaps, a smiling Grace lounges in the grass on a blue blanket while Stella and the chicken sit beside her. A few shots even show Grace reaching out to pet the animals.

"She's got her pug and her chicken and life is good. 🐶🌸🐓" Irwin, 23, captioned the Instagram post, tagging the family's Australia Zoo. 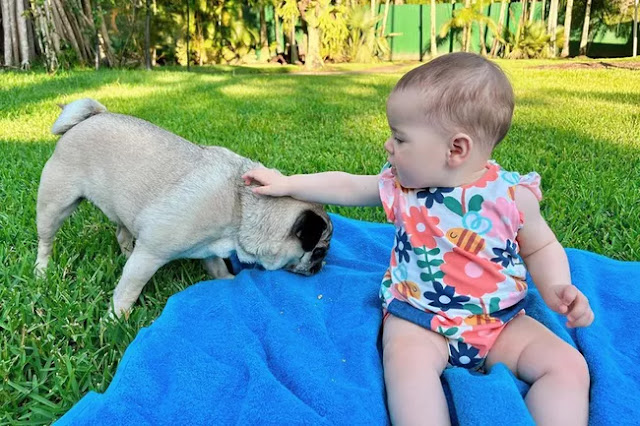 The Crikey! It's the Irwins star, who welcomed her daughter in March, has been introducing Grace to plenty of new animal friends in the past few months.

In one of her first animal interactions, a 4-week-old Grace was photographed with tortoises, and later pictured with a koala. Powell, 25, said his daughter was already a wildlife pro at just 2 months old.

"Family walks❤️ Grace saw her first wild swamp wallaby, noisy pitta and possum. She's already a legend at spotting wildlife," Powell wrote in a June Instagram post of his daughter napping in a stroller after he and Irwin brought her along for a wildlife walk. 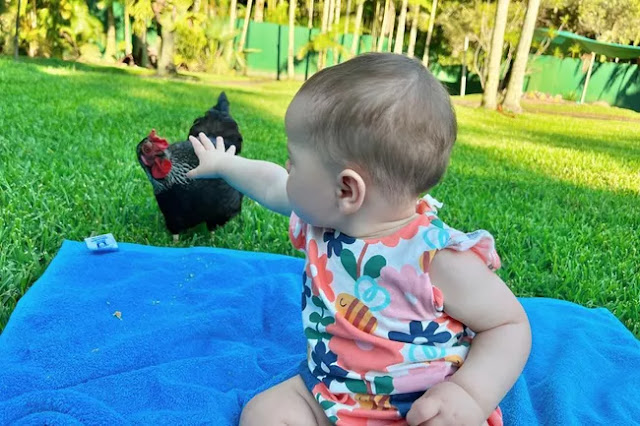 Irwin has previously opened up about wanting to raise her child to carry on her family's devotion to conservation.

"Everything we do is to create positive change on the planet and protect as many beautiful animal species as we can," she told The Bump in February. "I'm so excited for our daughter to grow up learning about the importance of giving back and making a difference in the world for the future generations. My family started this work over 50 years ago and I have always been grateful that they included me and my brother every step of the way." 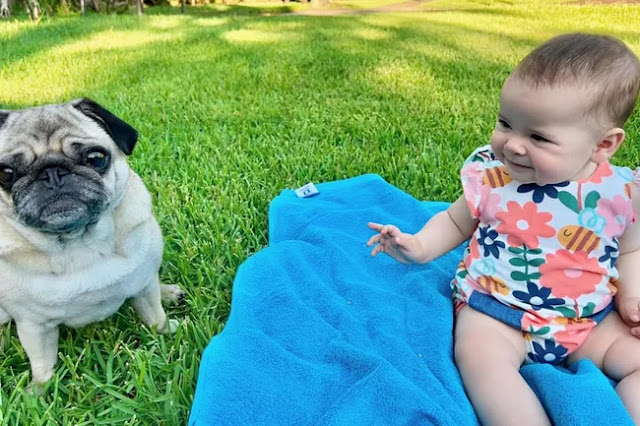 Irwin said at the time, "I know in my heart that she will forge her own path to make our planet a better place through her connections with the gorgeous animals that we protect here at Australia Zoo and the conservation work we do with animal species around the globe."