In the video that made Mabel an Internet star, the 1-year-old pup bats her luscious eyelashes as her owner records her. The adorable post is captioned, "What I will be showing my lash tech in the future."

The post has already racked up over 7.2 million views and more than 2.2 million likes, and has left viewers stunned by Mabel's gorgeous features.

"She's got those Disney princess eyes," one user wrote. Another added, "She knows she's better than the Kardashians!"

n an interview with The Daily Mail, Mabel's owner, Caitlin Baker, said it was love at first sight when she first saw the puppy last year. 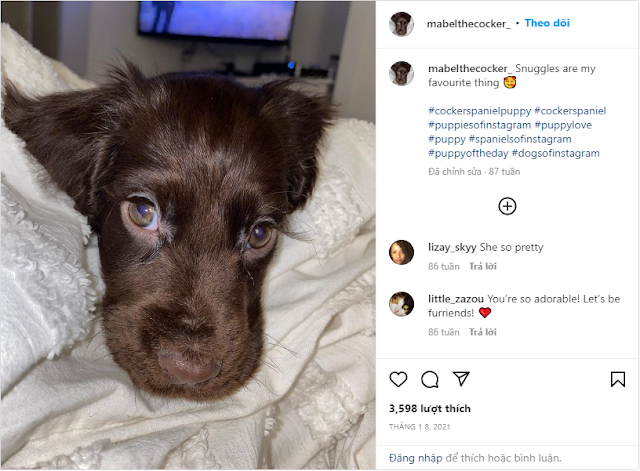 A lash technician herself, Baker knew it was a match made in heaven. "When we first saw her we fell in love with her and then noticed her lashes and instantly loved her even more," Baker, 20, said.

Since her viral post, Mabel has amassed over 68,600 followers on TikTok.

"People think she's amazing and often say she looks like Cindy Lou Who from The Grinch, which is my favorite Christmas movie," Baker said.

According to Pawleaks, Cocker Spaniels are "genetically predisposed to long lashes," as are other breeds such as poodles, Malteses, Yorkshire terriers, Shih Tzus, and Lhasa Apsos.