A dog has been saved by vets after swallowing a two-inch (5cm) needle. 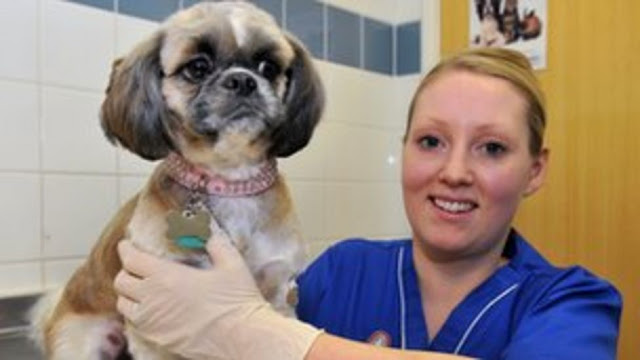 Daisy the Shih Tzu was taken to Middlesbrough PDSA PetAid hospital after her owner Kerry Woodier noticed she was yelping and being sick.

An X-ray revealed the needle with the thread still attached was lodged in Daisy's throat.

Head nurse Stephanie Williams said it could have been "deadly" for Daisy if the needle had become dislodged as it could have "pierced her intestines".

Ms Woodier of Beechwood said she and her five-year-old daughter Abigail were "extremely grateful" to the vets. 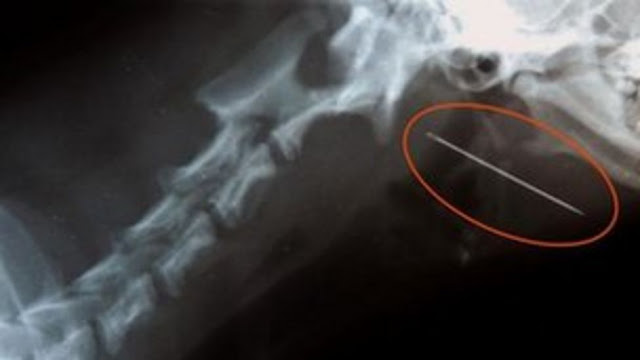 Daisy, who is nearly two years old, was staying at Ms Woodier's mother's house when it is believed she ate the long needle and thread after finding it on the carpet.

"When I took Daisy round she must have swallowed it. She just kept whining and whenever you touched her throat or whenever she ate something she would yelp.

"I thought she had swallowed a sharp chew or something similar but I had a look and couldn't see anything," Ms Woodier said.

The needle was carefully removed while Daisy was under anaesthetic and she was later allowed home with painkillers and antibiotics.

Ms Williams warned pet owners to avoid leaving any sharp or shiny objects on the floor as they can be easily swallowed.

Daisy has made a full recovery.