Helen Woodward Animal Center doesn't know how dogs Freddie and Mercury found each other, but it is clear that the rescue canines are now inseparable 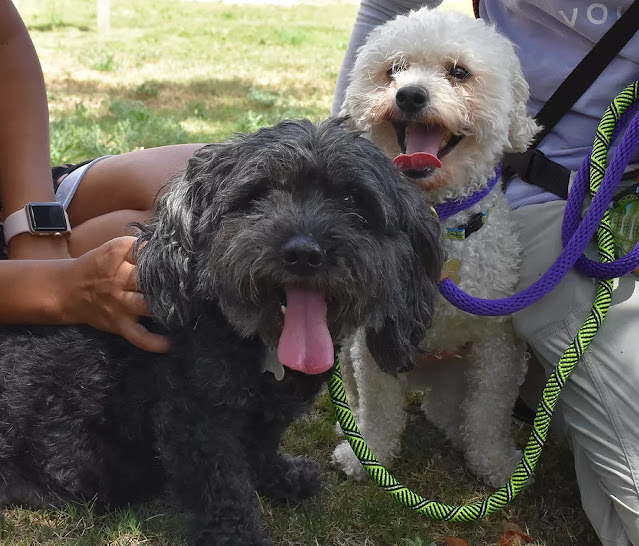 Like peanut butter and jelly, milk and cookies, and coffee and donuts, these two are just better together.

According to the Helen Woodward Animal Center, the rescue in Rancho Santa Fe, California, recently received a transport of pets from inland California that included an "odd couple of gentleman pups."

The two "mismatched characters" are Freddie, an eight-year-old Shih-Tzu mix, and Mercury, a white three-year-old poodle mix. Before arriving at Helen Woodward, rescuers found the canines together wandering around inland California, where temperatures routinely reach 110 degrees.

Both dogs were picked up as strays and later transported to the center to be adopted out. It didn't take long for the center's staff to realize that Freddie and Mercury are a bonded pair. While it remains a mystery how the dogs met, how long they were left in the heat, and what they encountered before their rescue, it is clear the duo never wants to be apart.

Each dog refuses to leave the other's side. The canines are so connected that Helen Woodward had to perform each's dog health check in front of their furry friend because Freddie and Mercury couldn't bear to be out of the other's sight, even for a few minutes. 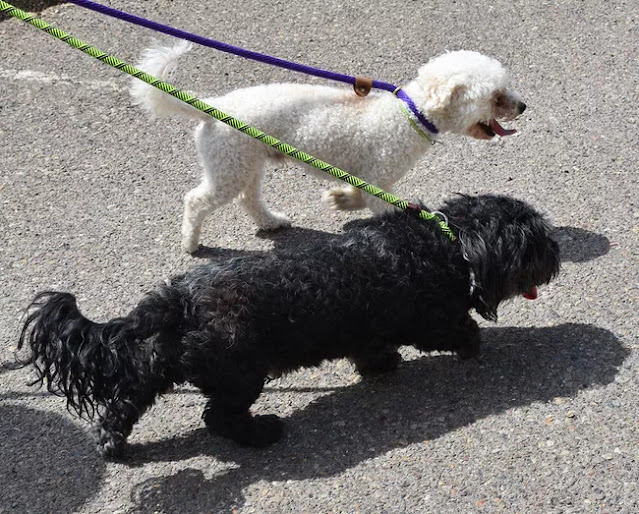 Freddie and Mercury's health checks revealed that both dogs showed signs of "malnutrition, dehydration, and exhaustion, along with the need for neuter surgeries and vaccinations."

"The most crucial need for the pups, however, is a forever a home that will keep the bonded pair together," Helen Woodward Animal Center shared in a statement.

The dogs, who love walks, are looking for a home with space to play. Animal lovers who feel like they might be an excellent third wheel for Freddie and Mercury should visit www.animalcenter.org to learn more about adopting the duo.