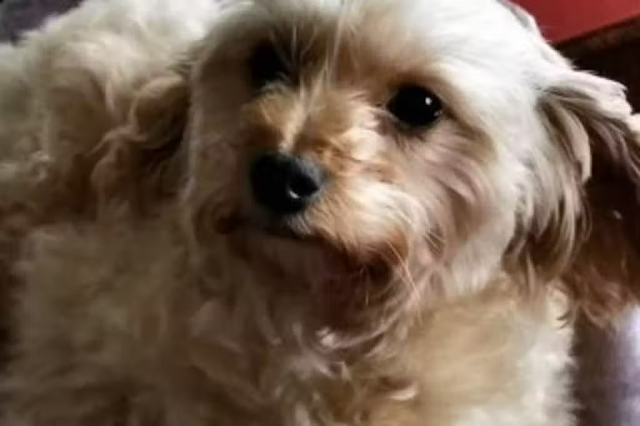 A dog “stolen” from a woman who collapsed on a London street has been found more than 200 miles away after it was spotted on a train in Wigan.

Kat Conway was rushed to hospital after having a heart attack outside the St. Pancras Renaissance Hotel on Euston Road on June 6.

According to the charity DogLost, Ms Conway dropped all her belongings as she passed out, and had her rescue Shih Tzu mix dog Jessie with her.

A man, described as five foot seven with “blond curly hair” came to Ms Conway’s help and it was believed he had the dog after she was taken to hospital in an ambulance.

After leaving hospital, Ms Conway found both the man and her beloved pet to be missing.

However, after trying to track him down, Ms Conway was forced to return without Jessie to her home in Scotland and launched a Facebook appeal to find her beloved pet.

Four days later on June 10, Jessie was found “with a man on a train in Wigan,” the charity, which reunites lost dogs with their owners, said.

“The train conductor had noticed the advert and reported the man to the police,” DogLost added.

Ms Conway described it as a “miracle” after hearing six-year-old Jessie has been located.

She told MyLondon: “I got a phone call on Friday to tell me that they had found her but it was too late to go and get her so I had to go on Saturday morning and get a train to Wigan.”

When she arrived at the local vet she found her dog alive and well. “It is absolutely unbelievable,” she said, “everyone has been brilliant.”

“I’m absolutely delighted I can’t believe how many beautiful people there are out there that helped me. Together they made a miracle happen.”

People who had closely followed the appeal said they were delighted to hear the news Jessie and Ms Conway had been reunited.

One person said: “This made me cry happy tears. Well done to the female conductor who spotted her, she deserves a medal. Welcome back Jessie. I hope your mum is recovering, I’m sure your return will hugely help her x”.

Another wrote: “Ah that’s such great news to wake up to and blimey that’s one very observant lady train conductor - bravo.”

A British Transport Police spokesperson said it is has launched a theft investigation and said that the “man was spoken to by officers and enquiries are ongoing.”