Dorri Eijsermans never dreamed that her Dutch Shepherd, Wiebe and her koi pond fish would develop a special bond with each other.

Wiebe was intrigued by the fish ever since he was a puppy, but being so young he was too scared to approach the pond's residents. Even though the koi pond was a permanent fixture in Dorri's garden near Eindhoven, Holland, it took Wiebe months to warm up to the fish.

The koi would also swim along next to the Wiebe each time he walked near the water, since they associated with Wiebe the filling of their bellies. While taking a drink, Wiebe would often give the carp a kiss. Dorri says she is delighted that Wiebe and the fish get along so well. 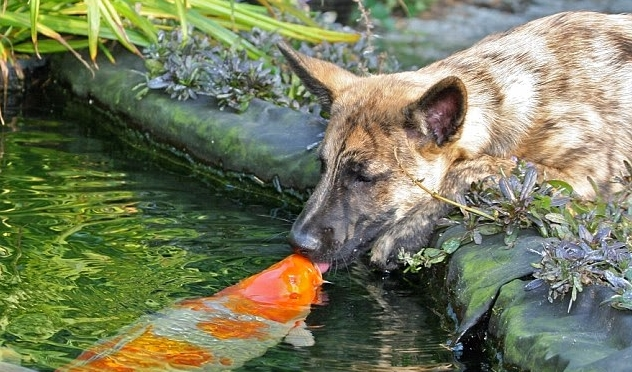 According to Dorri, She said: "As their owners we were delighted to see that Wiebe and the fish got along so well. When he was two months old he kept a certain distance from the fish, although they intrigued him very much. At some point Wiebe started to drink out of the pond when we came back home after a walk. We would feed the koi after we got home, so after a while the koi took Wiebe's drinking for the signal it was feeding time." 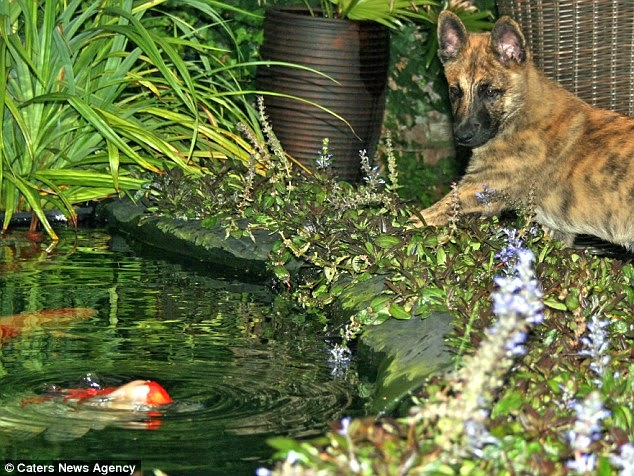 "As of then, the koi swam to the edge every time Wiebe was in sight, they even swam along next to him when he only was walking by. Now grown up, Wiebe was no longer afraid - he just kept on drinking even if the koi got so close that he licked her on the nose. The fish seemed to like it too." 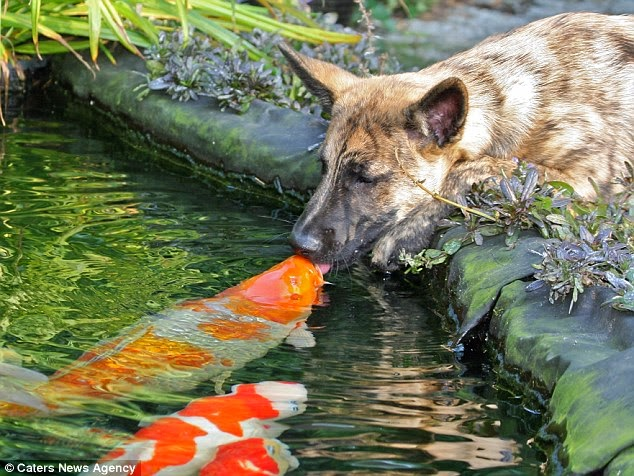 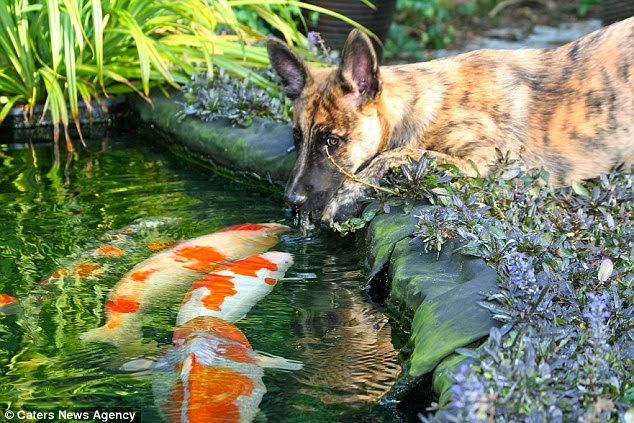 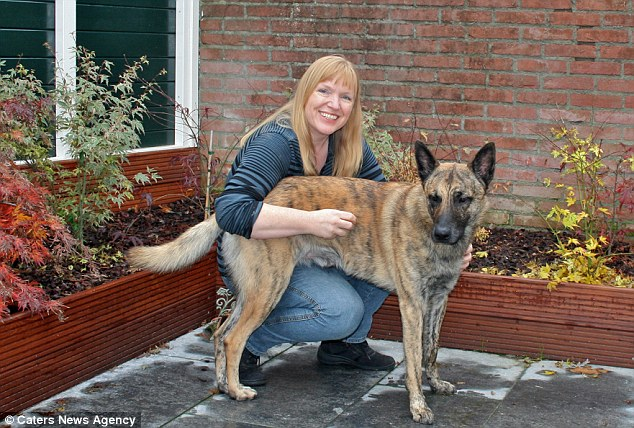