The sweet interaction captured in the video  is warming our hearts. 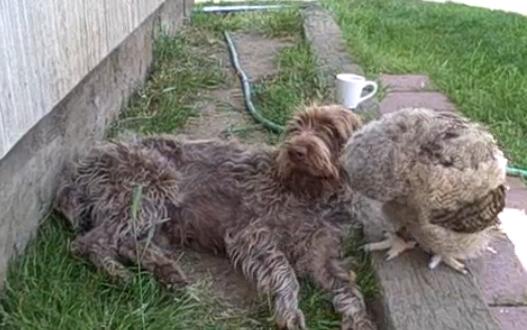 The clip of Louise, a Eurasian eagle-owl, showing affection for a dog named Annie. Louise is a rescued owl and she cannot be returned to the wild

The Eurasian Eagle-Owl (Bubo bubo) is a species of eagle owl resident in much of Eurasia. It is sometimes called the European Eagle-Owl and is, in Europe where it is the only member of its genus besides the Snowy Owl (B. scandiacus), occasionally abbreviated to just Eagle-Owl. In India, it is often called the Indian Great Horned Owl, though this may cause confusion with the similarly named American bird. It is one of the largest species of owls.

The Eurasian Eagle Owl is largely nocturnal in activity, as are most owl species. The call of the Eagle Owl is a deep resonant ooh-hu with emphasis on the first syllable for the male, and a more high-pitched uh-Hu for the female. Each member of an Eagle Owl population can be identified by means of its vocalizations.

This broad-winged species has a strong direct flight, usually consisting of shallow wing beats and long, fast glides. It has, unusually for an owl, also been known to soar on updrafts on a few occasions. The latter method of flight has led them to be mistaken for Buteos, which are smaller and quite differently proportioned. 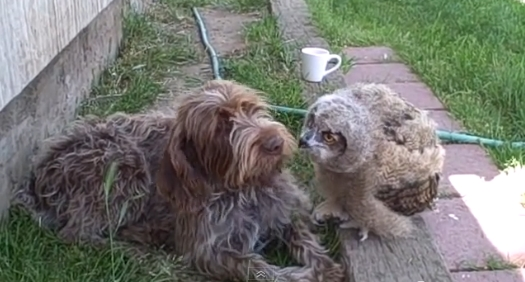