Lady Bug the Dachshund completed the race in 45 seconds 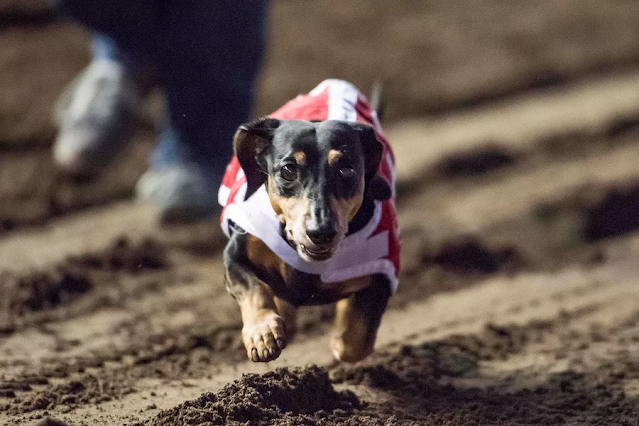 For 22 years now, the Los Alamitos Race Course in Southern California has been the site of the Wiener National Races, where talented dachshunds make an annual mad dash for the finish line. The event draws over 90 competing canines from the area and has over 10,000 fans.

This year, one very special contestant named Lady Bug (you can find her here on Twitter) had tongues and tails wagging. Lady Bug — a.k.a. “The Bug” — O’Neil is an underdog in the truest sense of the word. On New Years Eve 2014, Lady Bug was dumped at a shelter in Riverside, California. The poor pup was given up on because she was unable to walk, and she was scheduled to be put down. However, the compassionate staff at Los Angeles Dachshund Rescue gave her a second shot at life. 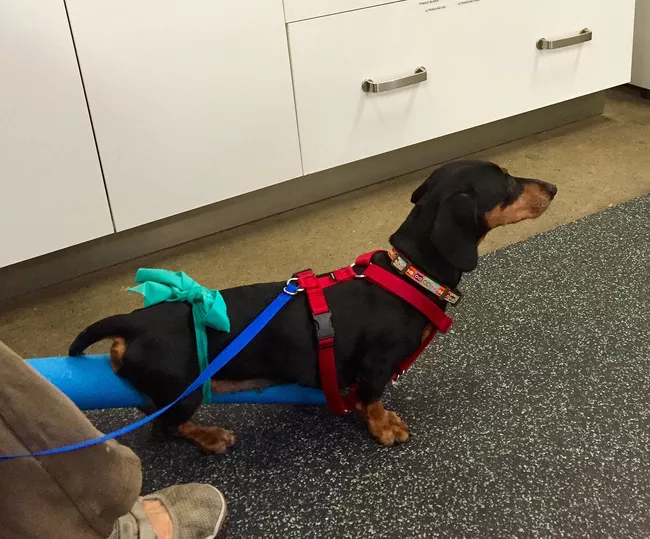 Lady Bug was taken to see a neurologist who, unfortunately, deemed her a poor candidate for surgery since she couldn’t feel her legs. Still, the rescue didn’t give up on the lovable doxie. Instead, she was placed in a foster home for four months, and eventually brought to California Animal Rehabilitation for a consult. As fate would have it, Lady Bug’s exam indicated that she would be able to walk again! She remained at the CARE facility for a few months completing a rigorous rehab schedule that consisted of physical therapy, acupuncture and an underwater treadmill. 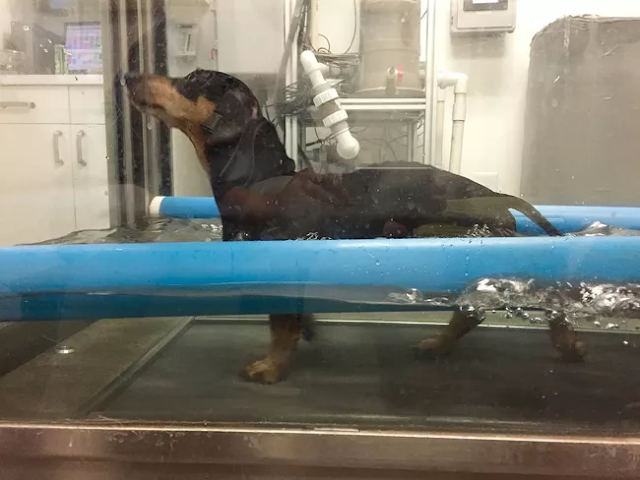 In the process of growing stronger, Lady Bug also found a forever home. The CARE veterinarian who treated the pup, Dr. Deanna O’Neil, DVM, welcomed the lucky Lady into her life permanently, and the doxie now has two cat siblings as well who she has been practicing chasing in preparation for her big day: the Wiener National Races on July 22.

“It took about two months of intensive rehab for her to be able to stand on her own and take a couple of steps unassisted,” Dr. O’Neil tells PEOPLE. “It was about six months to walk like a ‘regular’ dog without assistance when she wasn’t dragging.”

On Saturday, Lady Bug ran the entire 50-yard distance of the race of her own accord and completed it in 45 seconds, jogging past the finish line.

“I wasn’t worried about her before the race. I knew there were two options. One, she would stop and not do it, or she would do what she did and figure out a way to get it done,” says Dr. O’Neil. ” I knew she would never give up. All I wanted was to make sure she would cross the finish line and that is exactly what she did.”

Although a doxie named Baby Bo was the ultimate champion of the event, finishing in under seven seconds, the slow-but-steady Lady Bug inspired thousands of fans with her heartwarming tale of triumph and dogged persistence. 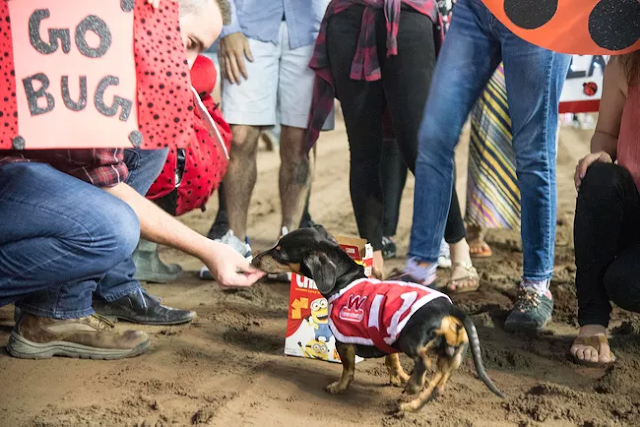 “It was wonderful and so much fun getting out and talking about animal rehabilitation which I am passionate about,” Bug’s mama, savior and coach Dr. O’Neil tells PEOPLE. “The main thing is to never give up. Never give up on these animals because their hearts are in it. All they want to do is make their owners happy, so if you’re heart is in it also, you can make it happen. That is why these rescues are so special. As long as they have encouragement they can do it. “