The reading therapy dog also visits nursing homes, hospitals and other schools — and won an Award of Merit at the 143rd Westminster Dog Show

Students at a Georgia elementary school are learning how to read thanks to an unexpected helper — Mr. Booker T. Pug! 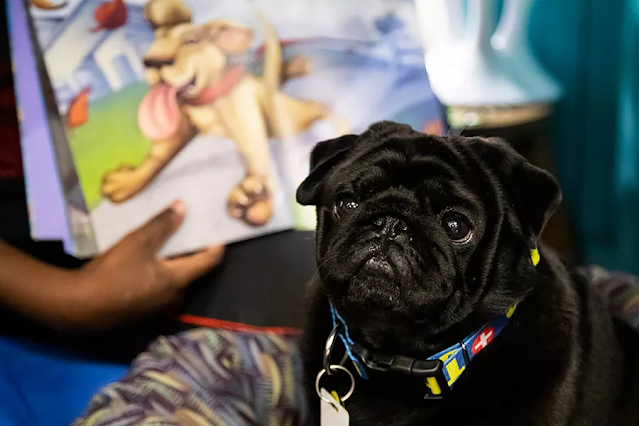 The adorable, three-year-old pooch is a licensed therapy dog who spends time in South Salem Elementary’s media center as students practice their reading skills aloud as part of the Tail Waggin’ Tutors program.

“Booker offers a nonjudgmental environment for kids to practice reading,” said Meghen Bassel, a media specialist at the school and Booker’s handler. “He’s not going to notice if they said a word incorrectly, missed a word or didn’t attempt a word. He will simply sit and listen.”

Booker has also been incorporated into class lessons outside of library time at the elementary school.

Bassel took Booker to New York to participate in the 143rd Westminster Dog Show — where he placed sixth out of 27 other pugs and earned an Award of Merit — and students were taught about NYC and the dog show’s history in tandem with the trip.

“They were all very proud of their dog,” Bassel said. “I hope it ignited a little spark of potential too.” 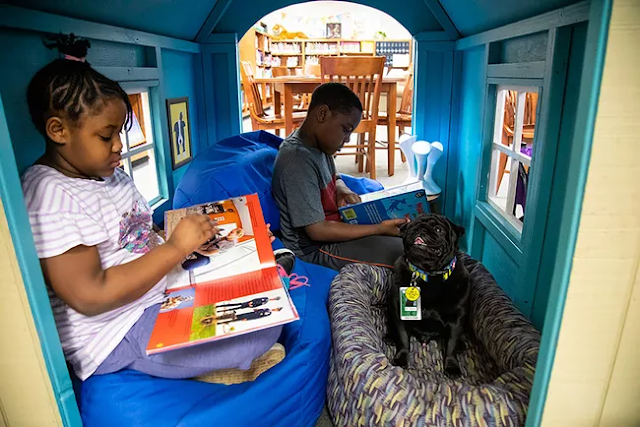 Bassel added that she considers it one of her “greatest responsibilities and joys” to expose the children at South Salem to things outside of Newton County, Georgia.

“One of my biggest goals is to expose these children to the limitless possibilities in life,” Bassel said.

Bassel added that she’s been blown away by the success of using Booker in the media center to help students reach proficient reading by the third grade.

Each of South Salem’s 1,000 students visit the media center at least once a week and have the opportunity to earn extra time with Booker for behaving well in class.

“I love watching the students start the program with him and seeing the changes that happen in those students,” she added. “They become proud of their reading abilities and walk around with more confidence.” 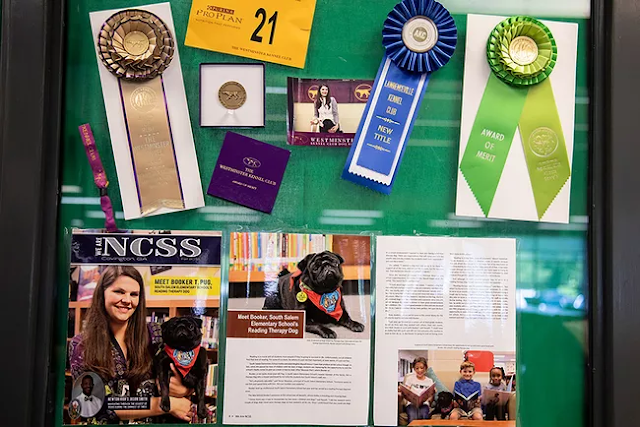 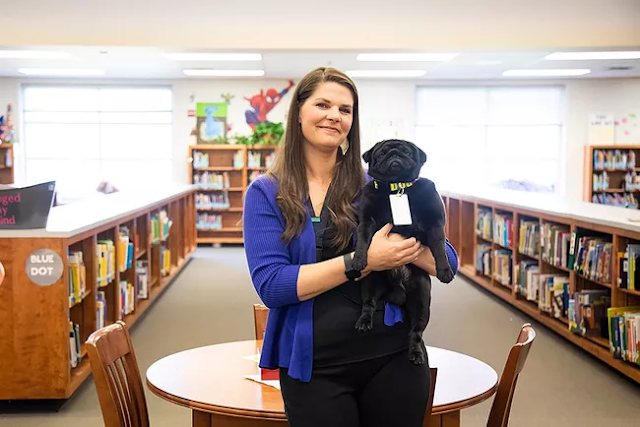 wo-thirds of Georgia’s third graders don’t reach that benchmark, according to the non-profit Get Georgia Reading.

“We’ve had students who become different children because of him and the program,” Bassel said.

“They’re no longer afraid of picking up books and reading in front of the class, whereas before they would whisper or pass on the opportunity. They jump at the chance now. It’s amazing to see. One little dog.”

In his time off, Booker visits nursing homes, hospitals and other schools.