"Zeus has absolutely changed our family," Brittany Davis told Guinness World Records about Zeus, who is 3 feet and 5.18 inches tall standing on all four paws 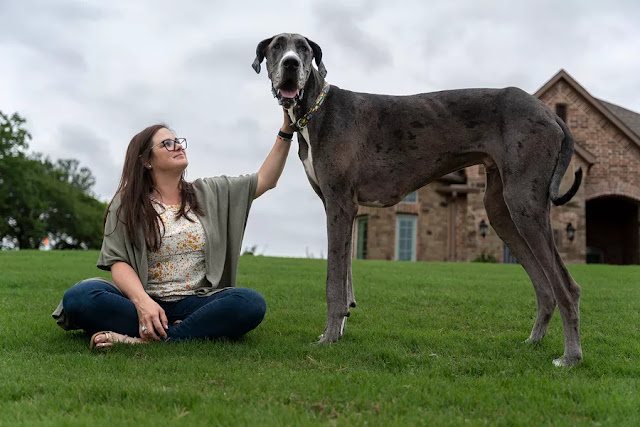 On Wednesday, Guinness World Records announced that Zeus, a Great Dane from Bedford, Texas, is the tallest living canine on Earth and now holds the record for tallest dog living (male).

Guinness World Records confirmed that the two-year-old pup is the record holder on March 22 after his incredible height — 3 feet and 5.18 inches standing on all four paws— was verified by his veterinarian.

Zeus' dog mom Brittany Davis told the Guinness World Records that her dream to own a Great Dane named Zeus came true when her brother gifted an eight-week-old Great Dane puppy to her family.

"Zeus has absolutely changed our family," Davis said. "He brings so much joy. He is such a loving, loving dog."

Zeus has always been a big boy, too. "He's been a big dog since we got him, even for a puppy," Davis said, adding, "He had huge paws."

Never miss a story — sign up for PEOPLE's free weekly newsletter to get the biggest news of the week delivered to your inbox every Friday.

"At first, we were nervous about having such a large dog," the owner confessed in a press release, "but we fell in love with him and here we are!"

Zeus is tall enough to use the sink as his water bowl — and he does. 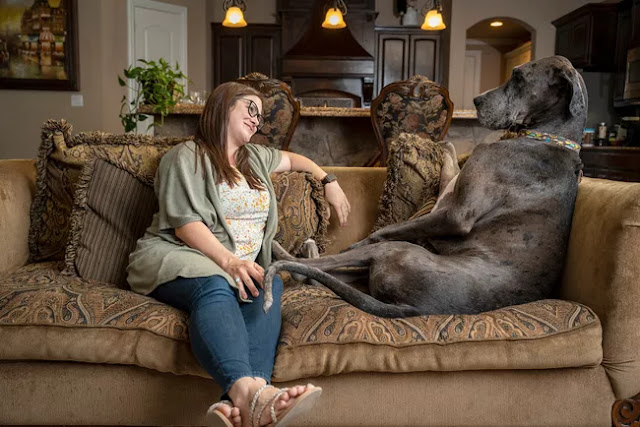 Though he can be a little stubborn at times ("He doesn't do anything unless he wants to," Davis said), Zeus is a laidback dog that "loves everybody" he comes across. He also enjoys being the center of attention, Davis added.

"When he gets excited, it's about 10 minutes and he runs around and then he's tired," she explained in a video interview with a chuckle.

The only time Zeus is "naughty," Davis added, is "when he wants to take food off the counter or steal the baby's pacifier." 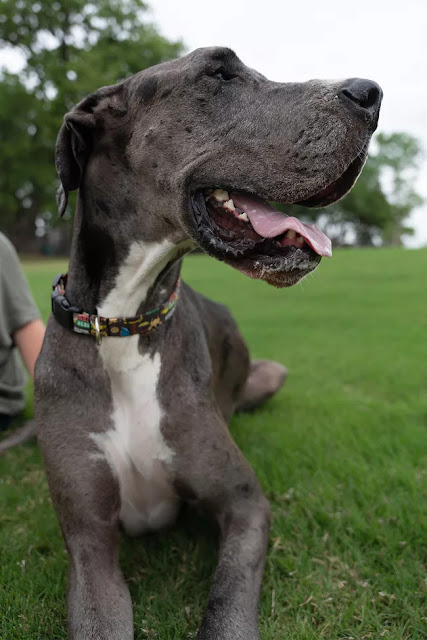 Many of those who cross paths with Zeus are often fascinated by his size. Most frequently, Davis said she and her family will face questions and comments like "Wow! That's a horse!" as well as "Can I ride him?" and "Does he have a saddle?"

"We hear that a lot," she said before revealing with a laugh, "the answer to all those questions is 'No.'"

Zeus has many friends, especially at home. Davis' teenage son is one of his favorite people.

"You don't find one without the other," she said in the clip. "They love being together." In addition to his human brother and parents, Zeus shares a home with three miniature Australian shepherds and a cat. Despite the massive height difference, one of the shepherds, named Zeb, is his best friend.

Davis and her family are proud of Zeus and the record he's earned, which she said "recognizes how special" her dog truly is.

"It's kind of cool to be able now to say, 'Yes, it's definitely the tallest dog you've ever seen!' He's a Guinness World Record holder," she exclaimed.

The Guinness World Record for the tallest dog ever belongs to a different Great Dane named Zeus, who grew to be 44 inches tall before dying in September 2014 at the age of five.