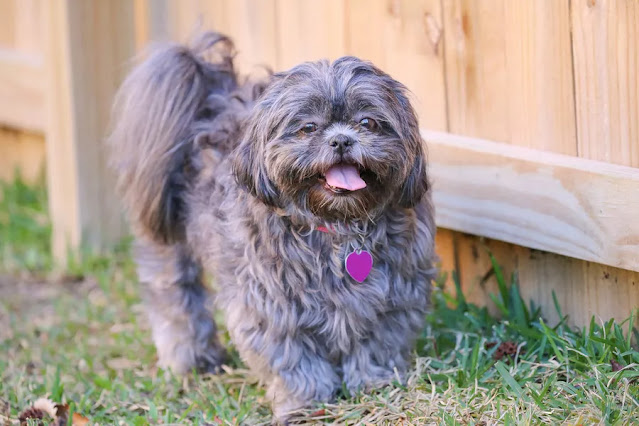 A Richmond, Virginia, Shih Tzu is reportedly dead because of a request in her late owner’s will.

According to WWBT, Emma the dog was put in the temporary custody of Chesterfield County Animal Services on March 8, following the death of her owner. Even though the Shih Tzu was healthy, she was reportedly picked up two weeks later and euthanized because Emma’s owner wrote into her will that she wanted to be laid to rest with her dog.

Carrie Jones, manager of Chesterfield County Animal Services, told the NBC affiliate that the shelter tried to convince the executor of the owner’s will not to put down Emma.

“We did suggest they could sign the dog over on numerous occasions, because it’s a dog we could easily find a home for and re-home,” Jones said.

Unfortunately, the executor chose to proceed with the late owner’s wishes, and reportedly had Emma taken to a local vet to be euthanized.

It is unclear if Emma was buried with her owner. According to Virginia Cemetery code 54.1-2312.01, no pets can be “interred in the same grave, crypt, or niche as the remains of a human.” The New York Post reports that this code applies for commercial cemeteries, but not family-owned burial plots.

What is legal is euthanizing a healthy dog as part of a will.

“In Virginia, as elsewhere, animals are property. Unless you make specific plans for your pets, their disposition rests in the discretion of your executor or estate administrator. As with other property, they can give away or sell your pets,” Jason D. Smolen, an estate planning attorney and the co-founding principal of SmolenPlevy in Vienna, Virginia, tells PEOPLE.

Because pets are property in the eyes of the law, it is legal for the owner of a pet to “dispose of them in their will as they would during their lives.”

“But legal is not the same as ethical/moral and the law may change as a result of these types of cases,” Smolen adds.

Smolen has had many clients come to him to “learn their estate planning options and to create mechanisms for the continuing care of their pet” after their death, but never to explore the option of being laid to rest with a pet that is still alive when they die.

He has seen numerous cases where pet owners die without a plan in place for their surviving pets, which results in “confusion” and, in some cases, the pet ending up in a shelter.

Smolen suggests that pet owners “know the options available to ensure their pet is cared for after their death.” Some of these options include creating a pet trust, providing care instructions for your pet in your will, and leaving your pet money so their future caretaker has no issue providing for them.