Heartless Man Threw Baby Rottweiler Over A Wall Because She Was Eating Foods That Didn’t Belong to Her.

Some people can’t really be call humans Because they don’t know what humanity is. They don’t understand that animals feel all the emotions we feel. Animals also feel all the emotions we feel like hunger, thirst, loneliness, happiness and love. So they don’t want to experience anything that we don’t want to experience. But many people cannot understand this little thing.

One day a man in Clearwater, Florida did an unbelievable thing to his pet dog. He was very aggressive towards his female rottweiler in public beach. She is still a three-month-old little rottweiler. She is really like a little kid. But that didn’t concern him. The man continued to be aggressive towards the innocent dog. It is really a very emotional incident. Thankfully, the people who saw this were quick to report authorities the incident to give the puppy justice. 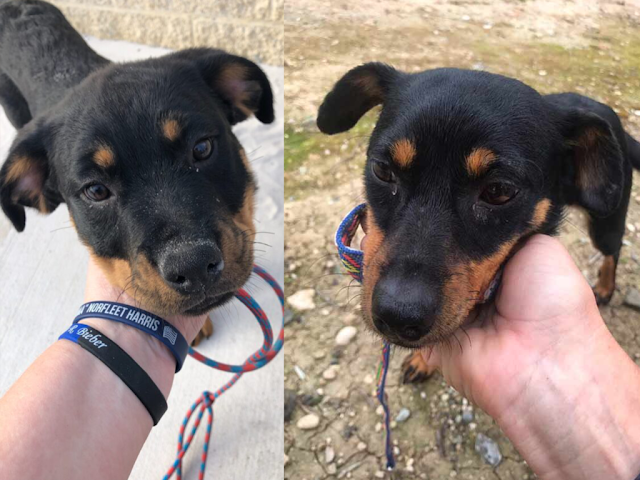 But even after getting caught , this heartless man defended his actions. People on the beach said that this man once dragged the innocent puppy by the leash and threw it over a wall. They also said that the puppy appeared to be limping after the incident. The man explained that the puppy was eating food that didn’t belong to her. He said that it is the reason behind this. And he said he was mad when he found out she had eaten them.

He didn’t seem to have any love for the puppy in his heart. So everyone’s opinion was that such people should not be allowed to keep any animal for the rest of their lives. But this man did not want to accept his wrong at all. The man said he pulled the dog, but “not aggressively.”