Some people think that Rottweilers are an aggressive breed that is not good for people at all. But Rottweiler owners know very well what a loyal and loving breed they are. There are many cases where they have saved lives. Because they have been very popular as guard dogs since ancient times. They have a wonderful instinct for it.

David Molt is the owner of four Giant Rottweilers. He takes his dogs for a walk every day around 1 am. So one day he took his dogs for a walk with his nephew Jack as usual. They often take dogs out for walks when area is deserted because of public perceptions of the breed’s aggressiveness.

David and Jack walked their four Rottweilers, Billy, Tillie, Gerrard and May, near the Bournside School playground in Cheltenham. While walking, the four dogs started running towards something across the playground. They could not stop the dogs. So they both started running behind the dogs. David and Jack were so excited to see where the dogs finally stopped. They had found an old woman behind a bush. One dog was licking her face and they were amazed to see it. Their female Rottweiler sat down to the old woman’s side. 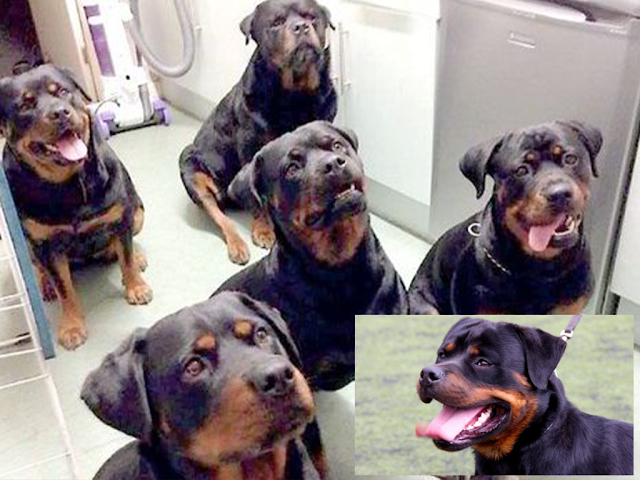 The woman was a 80-yearls-old elderly woman she was shivering in the cold. So they took her for treatment as soon as possible. Finally she said that she got off the bus at the wrong place at around 10am on the previous day. She went to her residence which was not far from the school. But after that she was stranded and couldn’t to find her home.

Accordingly, she was shivering in the cold for about 15 hours under a bush at the ground. She was very weak from being in a bush for 15 hours with extreme cold and hunger. But thankfully, the dogs found her. The Rottweiler family received many praises and honors for this heroic act.