This Short Video Of A Howling Husky Puppy Will Melt Your Heart. Einstein the Siberian Husky puppy shows off his howl. He's absolutely adorable! 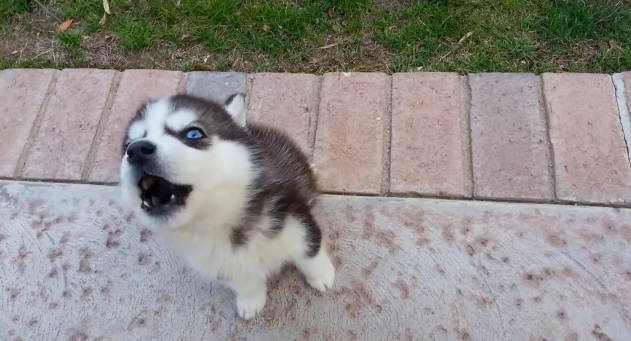 Did You Know? Siberian Huskies were used for centuries by the Chukchi Tribe, off the eastern Siberian peninsula to pull sleds, herd reindeer and as a watchdog. They were perfect working dogs for the harsh Siberian conditions: hardy, able to integrate into small packs, and quite happy to work for hours on end.

The dogs have great stamina and are lightweight. Native to Siberia, the Husky was brought to Alaska by fur traders in Malamute for Arctic races because of their great speed. In 1908 Siberian Huskies were used for the first All-Alaskan Sweepstakes, an event where mushers take their dogs on a 408-mile long dogsled race.

The dogs gained popularity in 1925 when there was a diphtheria epidemic in Nome, Alaska. Siberian Huskies were used to bring in the much needed medicine to the people. In the early to mid-1900s Admiral Byrd used the dogs in his Antarctic Expeditions.