Jealous Dog Watches As Wild Fox Plays With His Toy 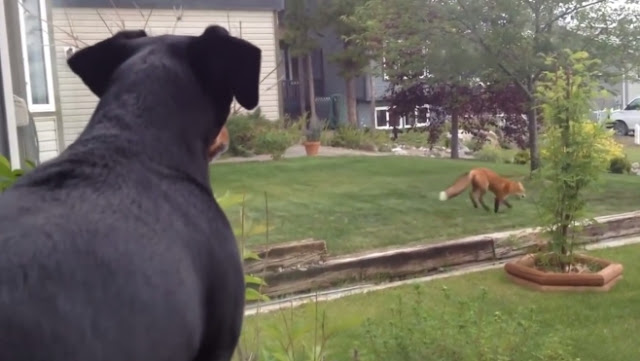 Lupe the "chiweenie" a Chihuahua / Dachshund mix, doesn't seem to thrilled to see a fox playing with one of her toys.

Or maybe she's confused by the animal in her yard that looks like a cross between a dog and a cat.

Either way, check out this video of a wild fox flipping a stuffed toy up in the air and catching it again, all the while under the watchful (perhaps jealous) barks of Lupe, in the foreground.

The video was shot in Yukon, Canada, by the dog's owner, 14-year-old Samantha, Ng. Foxes are commonly seen in their neighborhood.

The video has been shared over 100,000 times on Facebook, by people from all over the world.