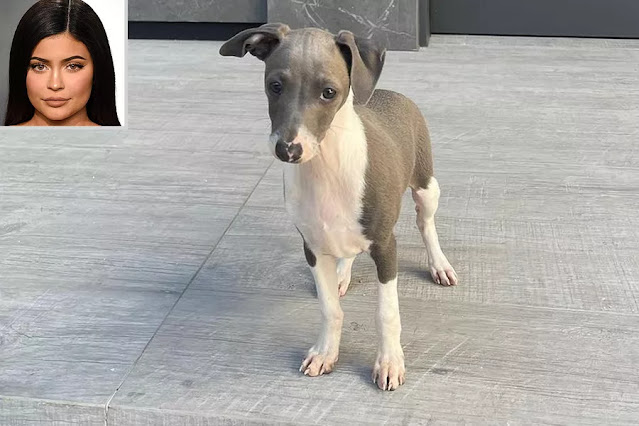 On Monday, Kylie, 23, posted two photos of a new puppy to her Instagram, introducing her 217 million followers to the dog with the simple caption, "kevin."

In the first shot, Kevin, a white and grey pup with floppy ears, is shown standing outside giving some serious puppy dog eyes to the camera. The other photo from the post shows Kevin being held and flashing the same seriously cute stare.

Kylie didn't end her puppy love posting there. The Kylie Cosmetics founder also posted two videos of Kevin to her Instagram Story on Monday. The first clip shows the pooch staring off while sitting on the floor.

"Kevin! Kev! You are so cute!" Kylie can be heard cooing in the background of the video.

"He is just looking at my slippers," she adds before Kevin finally makes eye contact with the camera. 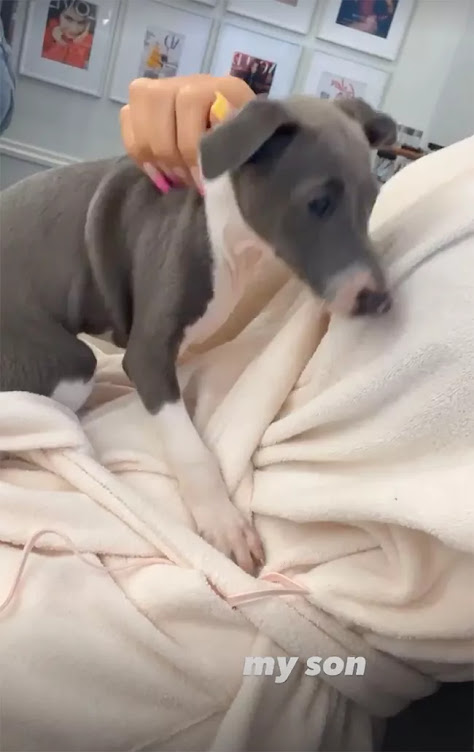 Kylie's other Instagram Story video starring Kevin shows the little dog cuddling up to his owner, who is wearing a robe, with the text "my son."

This new fur baby joins Kylie's large animal family, which, at last count, included ten other animals: a bunny, a chicken, and eight dogs. Before Kevin, Wesley the Chihuahua/Dachshund mix was the most recent addition to the pet pack. Jenner introduced Wesley to the world in February 2019. 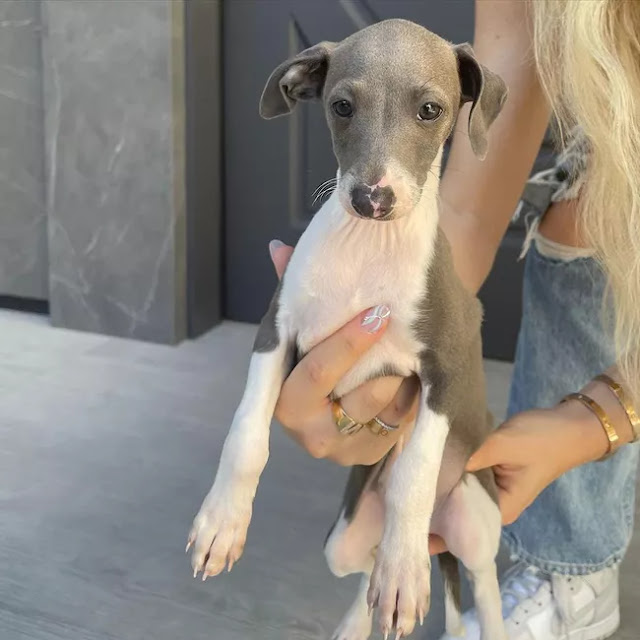 Italian greyhounds Norman and Bambi are perhaps Jenner's most famous pets. The pooch pair made headlines in 2016, when the canine couple welcomed two surprise puppies, causing Kylie to miss the 2016 American Music Awards.