Seventeen neglected puppies and dogs have been rescued by police after they were "living wild" on a farm. 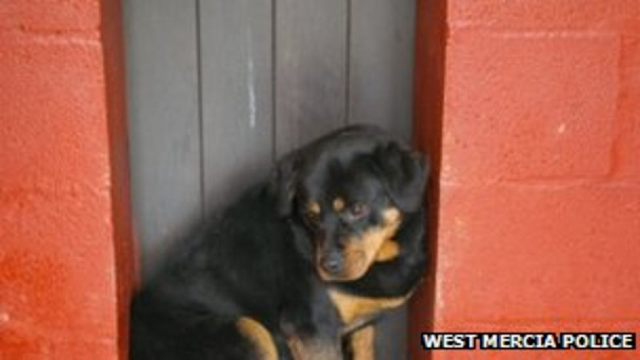 The Rottweilers were found on a farm near Rushall, Herefordshire, where they had been living on a diet of sheep carcases.

The "untamed" animals were seized by police and nursed back to health for six months.

They have now been donated to an animal sanctuary in Stoke-on-Trent, Staffordshire.

PC Rich Johnson, from West Mercia Police, said: "These poor animals were effectively living as a pack on the land. 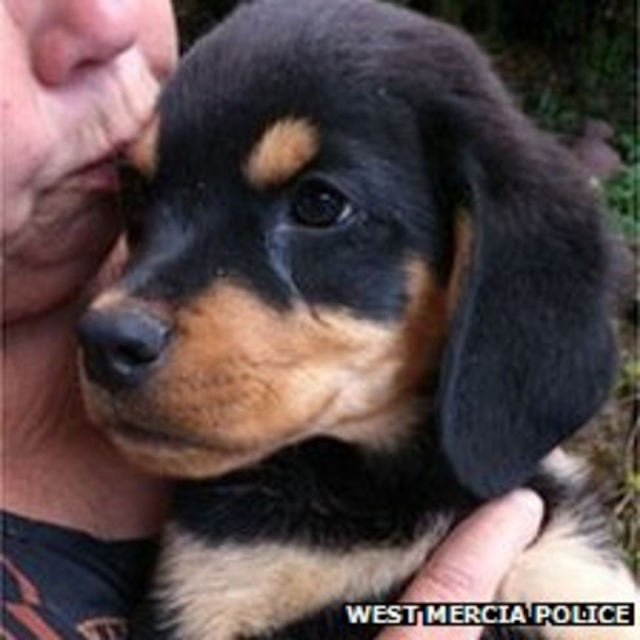 "They had no bedding, were not tamed in any way and were being fed on a diet of sheep carcases."

He added the police seized the dogs in February and took ownership of them under the Animal Welfare Act.

"We can't take indefinite ownership of seized animals, so we had to make an application through the courts to gain the power to decide what could be done with them," said Mr Johnson.

The original owner - who has not been named at this time due to ongoing harassment and animal cruelty court cases - lost an appeal to get the dogs back in mid-July.

Carole Bentley, from the charity, said: "The police have gone to extraordinary lengths to protect these animals and while the puppies are ready to be re-homed, they are in need of nurturing due to the poor start in life they have had."