Owner Asked His Rottweiler To Show His “Mean Face”. What a Funny Dog!

Dogs are one of the smartest and most intelligent animals in the animal world. Their instinct to understand anything very quickly has made them the closest animal to man. When given proper and good training, they can do anything. And with proper training, even aggressive breeds like Rottweilers can be turned into very gentle and loyal dogs.

So many dog ​​owners teach their dogs various tricks such as shaking hands and rollovers. But today we are going to tell you a story about an owner who taught his Rottweiler a completely different but great trick. The video of this dog became very popular on the internet. The reason for this was that this dog showed a completely different trick than other dogs. 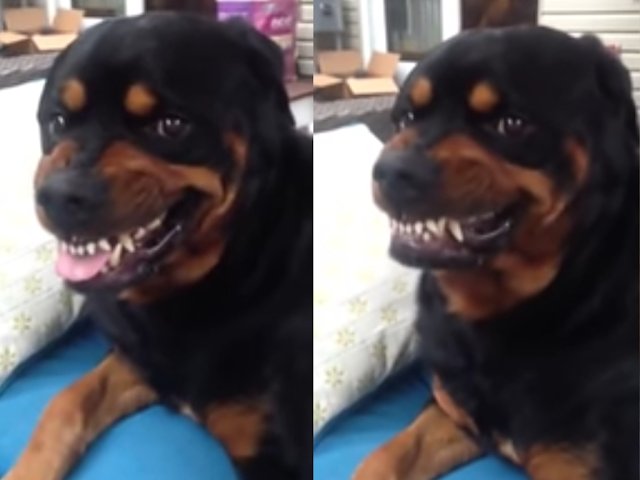 And it’s really funny how the dog shows it when the owner asks him to show his “mean face”. It is really difficult to expect such behavior from the dog. Because dogs usually learn activities such as stand up, sit down, rolling over and sleeping. But the way these rottweilers show hid “mean” is really amazing. No one knows how his owner taught him that. But it’s really cool. This video made him a superstar on the internet. Also, many people said that his intelligence is very high.