A Denny teenager who failed to feed her dog properly or seek treatment for its eye condition has been banned from owning any animal for five years. 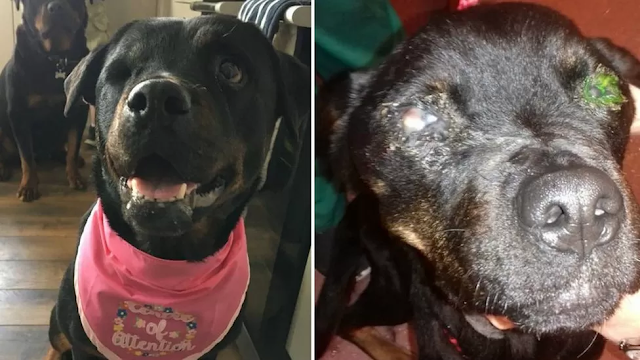 Emily Paton's Rottweiler Tia was found to be extremely underweight and in a "very poor" condition following a Scottish SPCA investigation.

The dog needed surgery to remove its right eye and has since been re-homed.

Paton, 19, was also ordered to carry out 110 hours of unpaid work and placed under supervision for a year.

She admitted causing the animal unnecessary suffering during an appearance at Falkirk Sheriff.

SSPCA inspector Robyn Gray said the dog's weight was about half of what it should have been.

She said: "Tia was unsteady on her feet and in very poor body condition.

"Tia required surgery to remove her right ruptured eye and during that it was discovered her left eye was near rupturing, so further work was required to save her eyesight."

The inspector said Tia had made a full recovery.

She said: "We welcome the fact that Paton has been dealt with by the court and the sentence handed down.

"We hope she will give serious consideration about her suitability to care for other animals in the future."