Owners Arrested After Great Dane Chews Off Leg After Allegedly Being Left S.t.arving & Tangled in Wire

The dog, Luke, has since been taken in by an animal rescue and has plans to undergo surgery to remove his injured leg entirely 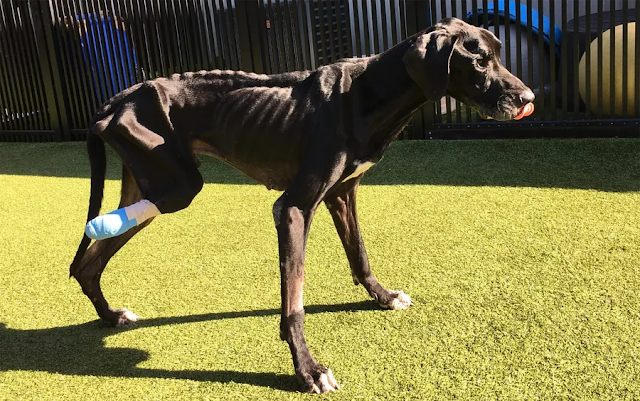 A South Carolina couple has been charged after they allegedly left their dog tangled in a cable without food or water for so long that he desperately chewed off his own leg.

The Ware Shoals Police Department were called to the home of Jessica Kathleen James and Skylar Lane Craft on November 19, FOX Carolina reported. When officers arrived, they found the couple’s dog Lucifer in the yard.

“When I approached the fence I could see a very skinny black Great Dane with an injury to his back right leg,” the responding officer wrote in the incident report, obtained by FOX Carolina. “As he got closer I could see that over half of his leg was gone.”

As they were being questioned, James, 32, and Craft, 38, allegedly provided conflicting accounts about how long Lucifer was kept on the runner — which they said he was first placed on for allegedly attempting to jump over their fence — and how long he had been injured for.

The couple claimed that they tried to treat Lucifer’s injury at home to avoid paying veterinary expenses.

According to the police report, Lucifer allegedly did not have a food or water bowl left out for him, but he was also found near a metal pole. It is not clear at this time why the pole was in the yard and what it was being used for.

Since police seized the dog, who has now been renamed Luke, he has been under the care of a local rescue organization called Noah’s Arks, which specializes in treating and rehabilitating abused animals.

The group has been keeping animal lovers up to date with what they describe as one of the saddest cases they have ever come across, most recently sharing the newest update about his condition on Sunday. 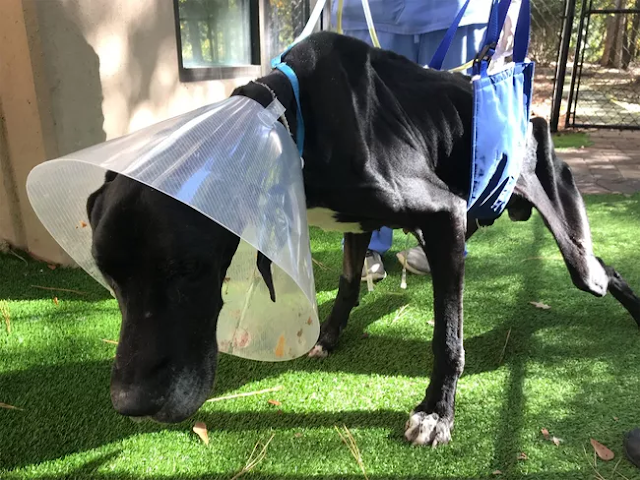 “He is so starved that it is hard to believe he has the strength to take two steps. He looks like a dog that is not going to live past the end of the day,” Noah’s Arks President Jennifer Smith wrote on the site. “His eyes are sunken into the back of his eye socket. His nasal cavity and eyes are infected and drain constantly. I have seen a lot of sick dogs but what has happened to Luke is beyond inhumane.” Smith also explained that Luke requires constant attention on his leg, which she said has a “nasty infection” in it.

“His leg hurts even on his pain meds and is horribly infected,” she wrote. “Even though he is on the proper antibiotics for the bacteria he is growing; his leg drains continuously.”

Luckily, Smith said, the pup did not have cancer and his issues were simply due to starvation, so a medical team was carefully regulating his food intake to help heal him back to health and to reach a proper weight. 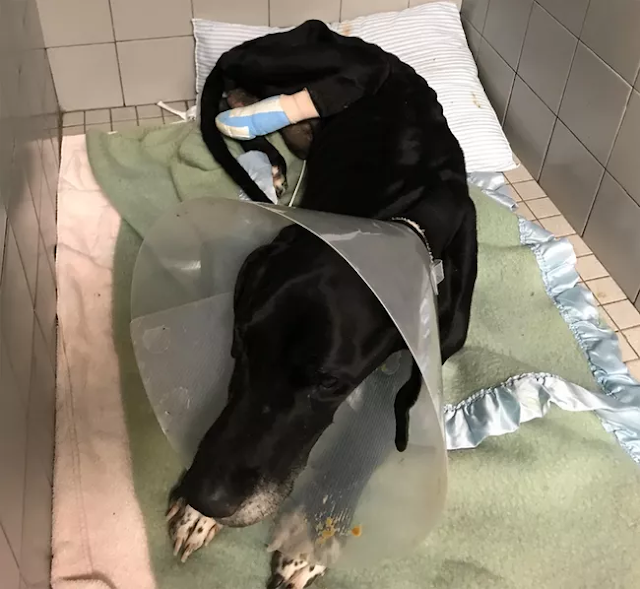 Because of his leg’s condition, however, Smith explained that Luke needed his damaged limb completely removed in order to save his life. He was expected to undergo the surgery on Monday but due to respiratory complications, Smith told P.E.O.PLE that it had to be postponed.

As for James and Craft, who were both arrested in connection with the case, they have been charged with one count of ill-treatment of an animal/torture, according to court records. They have since been released and each must pay $5,000 personal recognizance bond. 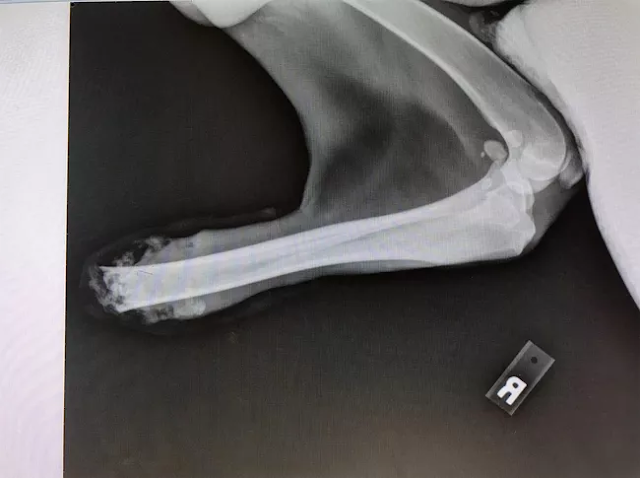 P.E.O.PLE could not immediately locate a lawyer to speak on their behalf.

Noah’s Arks is asking those who are interested in helping Luke to donate to his medical fund on their website, so he can “get everything he needs to survive the horrible nightmare he had to endure.”

“Luke is a fabulous dog that should have never been in the horrible situation he was put in,” Smith wrote. “He is a sweet, loving, Gentle Giant that wants nothing but Love.”