Owner’s Heart Broken When He Realises What the Next Door Neighbors Have Done to His Rottweiler.

Although Rottweilers are an aggressive breed by nature, Zena is not such a dog. She lives with her family in Sydney, Australia and is a very loving dog. She always loved her family very much. She knows very well when her owners return from work. So she always used to greet them with a big smile and wagging tail. This is a daily habit of Zena. She always came forward to greet her family.

But one day when the owners returned from work, she was nowhere to be seen at the gate. It was a big problem for the owner. So the owner started looking for the dog. Then he saw something unexpected. Their beloved rottweiler was lying on the back garden. She was breathing abnormally, trembling, and frothing at the mouth.

The owner couldn’t think of anything. So he took the dog to the vet as soon as possible and the vet gave her a thorough examination. There they discovered that she had ingested a po*son used to catch slugs and snails. These are used to keep slugs and snails away from gardens. When these are mixed with less than a teaspoon per 10 pounds of weight can be end life. 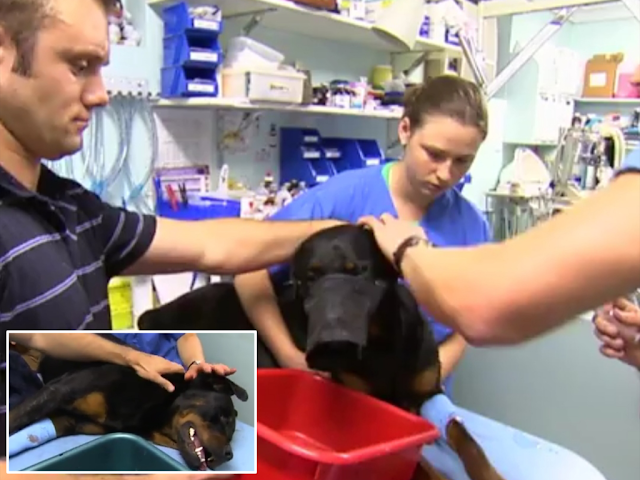 So the vets started treating the dog as soon as possible and shaking uncontrollably as vets try to save her life. She slowly recovered thanks to the vets. She became an active and healthy dog ​​again. Her owners believe their next-door neighbors threw them into the garden for Zena to eat. Because they had previously said different things about Zena’s barking. And those neighbors don’t like these innocent Rottweiler at all. It really can’t imagine who could do such a thing to an innocent dog.