Queen Elizabeth Responds to Toddler Who Dressed as Her for Halloween, Praising Her 'Splendid Outfit'

The monarch has a mini-me in a 1-year-old girl from Ohio (complete with corgis!) 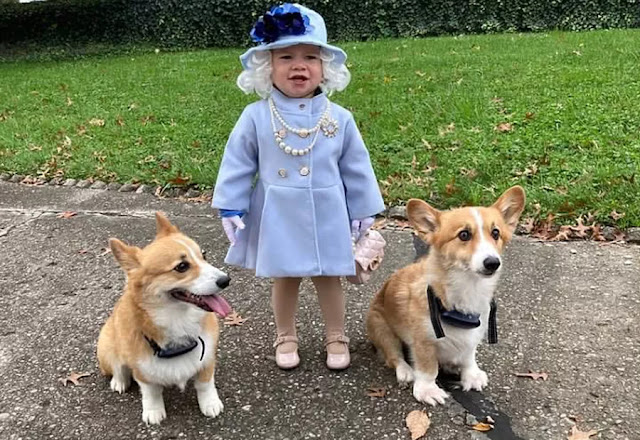 Queen Elizabeth has an American mini-me!

Jalayne Sutherland, a 1-year-old girl from Ohio, dressed up as the monarch for Halloween — and after her mother Katelyn sent photos of the costume to the palace, the family got a reply last month from the Queen's lady-in-waiting, the Hon. Mary Morrison.

"The Queen wishes me to write and thank you for your letter, and for the photograph you thoughtfully enclosed," Morrison wrote, according to Today. "Her Majesty thought it kind of you to write to her, and The Queen was pleased to see the photograph of your daughter, Jalayne, in her splendid outfit," which included a light blue jacket, matching wide-brimmed hat, a handbag and the monarch's signature pearl necklace. Jalayne even posed for a photo with two corgis, as the Queen is known for her love of the breed.

Morrison continued in the letter, "Her Majesty hopes you all have a very Merry Christmas, and I am enclosing a little information about the Royal Pets, which Jalayne might like to have." 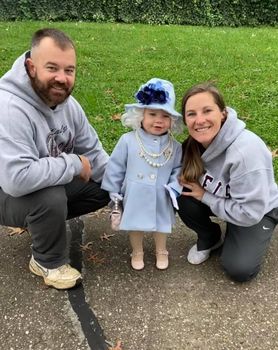 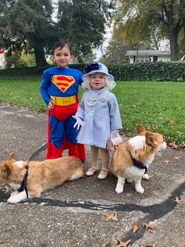 In a photo obtained by Today, Jalayne proudly poses holding the letter from Windsor Castle, where the Queen, 95, has been staying for most of the coronavirus pandemic. Jalayne even wore the hat and white wig from her costume.

Queen Elizabeth is a popular costume choice around Halloween, even with celebrities. For the 2018 holiday, Chrissy Teigen replicated the monarch's go-to look (complete with handbag and gloves) while her husband John Legend sported a makeshift red military uniform in tribute to Prince Philip.

Although the Queen canceled her annual Christmas trip to Sandringham due to the increased cases of COVID-19 in the U.K., she was joined by her son Prince Charles and his wife Camilla, Duchess of Cornwall for the holiday at Windsor Castle.

She remembered her husband Prince Philip, who d.i.ed in April at age 99, in her Christmas Day broadcast. 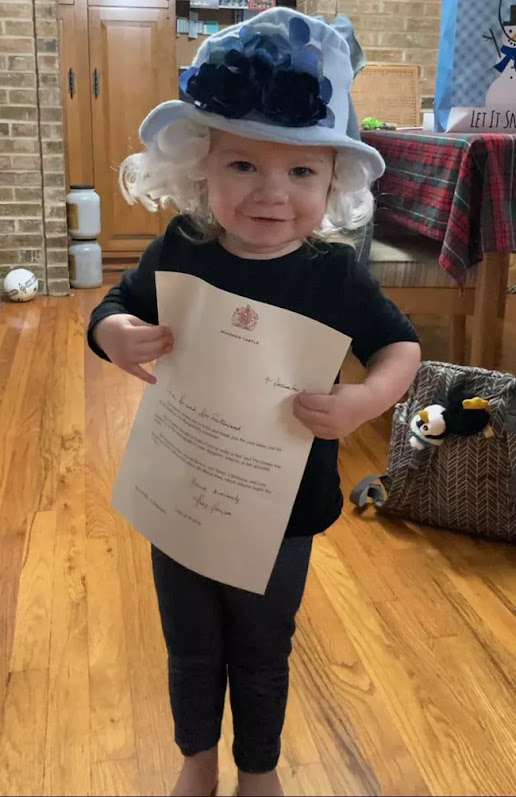 "Although it's a time of great happiness and good cheer for many, Christmas can be hard for those who have lost loved ones. This year, especially, I understand why," she said in her traditional holiday speech.

"But for me, in the months since the death of my beloved Philip, I have drawn great comfort from the warmth and affection of the many tributes to his life and work — from around the country, the Commonwealth and the world," she continued. "His sense of service, intellectual curiosity and capacity to squeeze fun out of any situation — were all irrepressible. That mischievous, enquiring twinkle was as bright at the end as when I first set eyes on him."