Earlier, the two dogs were also seen going for a walk inside Windsor Castle

Queen Elizabeth's beloved corgis were on hand to say their goodbyes.

The late monarch's two dogs stood with aides to welcome her coffin to Windsor Castle ahead of the committal service for the Queen on Monday. Earlier that day, they were also seen going for a walk inside Windsor Castle.

An avid dog lover, the Queen was a dog mom to more than 30 corgis and dachshund-corgi mixes, known as "dorgis," in her lifetime. Now, her two dogs will be taken care of by the Duke and Duchess of York — the Queen's son Prince Andrew and his former wife Sarah Ferguson (a.k.a. Fergie).

"The corgis will return to live at Royal Lodge with the Duke and Duchess. It was the Duchess who found the puppies, which were gifted to Her Majesty by the Duke," a source close to the Duke previously confirmed to P.EO.PL.E. 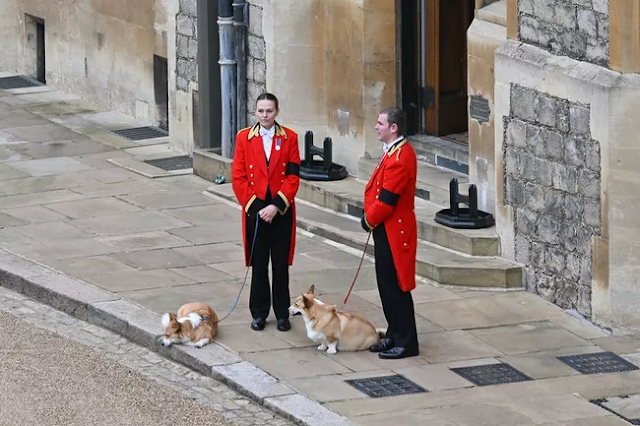 The source added that Fergie previously "bonded with Her Majesty over dog-walking and riding horses and even after her divorce, she would continue her great friendship with Her Majesty, by walking the dogs in Frogmore and chatting." 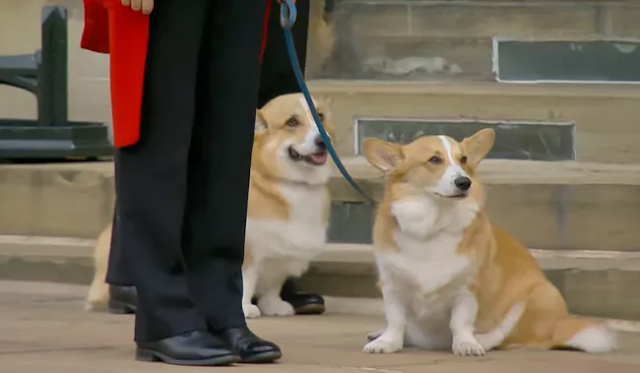 During a surprise visit Saturday to mourners waiting in line to see the monarch's coffin lying in state, Prince William assured one mourner not to worry about his Grannie's dogs.

"I saw them the other day, that got me quite sad," he said in a video captured by Sky News. "They are going to be looked after fine."

"They are two very friendly corgis, so they've got a good home," added the Prince of Wales. "They'll be looked after very well. Spoiled rotten, I'm sure." 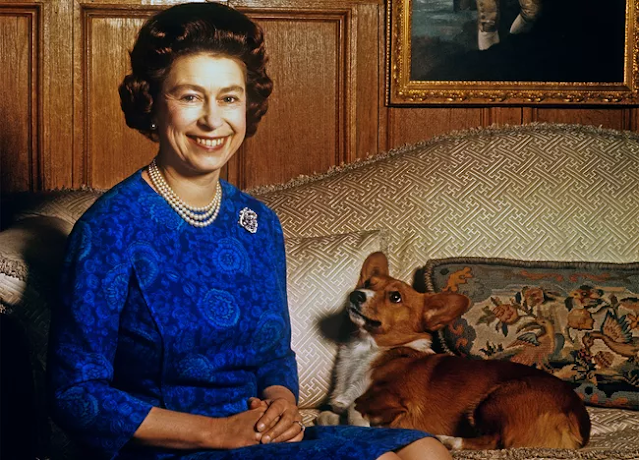 The Queen's famous corgis were beloved within and beyond the palace walls. Their likeness could be found in art paying tribute to the Queen, and events honoring her inherently celebrated the breed as well.

For example, for the monarch's Golden Jubilee in 2002, which celebrated her 50th anniversary on the throne, the United Kingdom issued a new coin depicting the Queen alongside a corgi.

The monarch opted to stop taking on corgis in the mid-2010s because, according to The Telegraph, she did not want to leave any dog behind when she d.i.e.d. 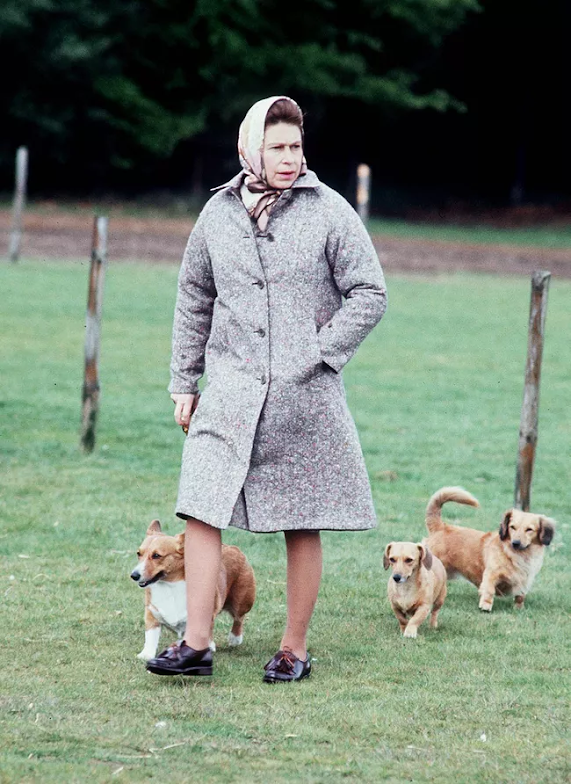 In 2021, however, she did welcome new additions to the royal corgi pack. After receiving two puppies in March 2021, not long before Prince Philip's death — and suffering the loss of one dog just weeks later — Andrew gifted his mother with a new puppy on what would have been Philip's 100th birthday, a full circle moment from Elizabeth's first gifted corgi when she was just 7 years old.

Buckingham Palace announced Queen Elizabeth's death on Sept. 8. With more than 70 years on the throne, she was the longest-reigning British monarch. On Monday, over 2,000 people from around the world gathered at Westminster Abbey to honor the late monarch.

The funeral was followed by a committal service in St. George's Chapel at Windsor Castle.

As the Queen is laid to rest, Prince Phillip, who d.i.e.d at age 99 in April 2021, will be moved from the Royal Vault beneath the chapel, where he was temporarily interred, and put beside his wife.