Galileo is an arctic marble fox who was rescued by CLAWS in North Carolina. He arrived at the rescue in horrible condition - starving, dirty and scared. They took him in and began to nurse him back to health. While he was recovering, he befriended a Pomeranian named Mushu, who helped him overcome his fears. 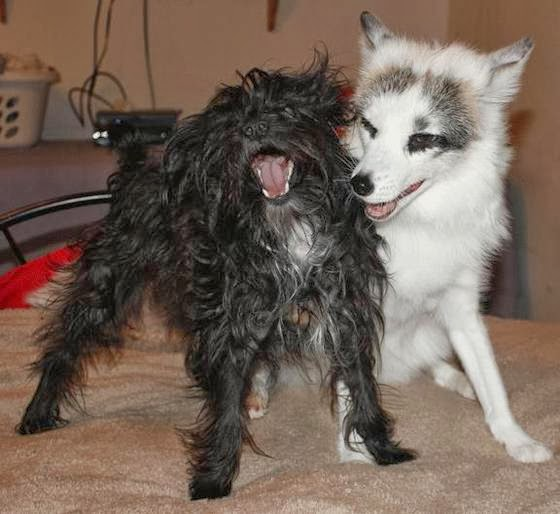 Arctic marble foxes are not found in the wild. They were genetically bred by people and are sold for profit (fur and exotic pets). As beautiful as they are, foxes do not make good house pets!

Galileo has since recovered from his ordeal and has made other dog friends at the rescue. He is now an ambassador/educator with CLAWS*.

*Claws is a nonprofit organization that is dedicated to helping wild and exotic animals, through educating the public as well as rescuing and rehabilitating those animals in need. Our educational programs and wildlife rehabilitation are done on a local basis: however, our exotic animal rescue has spanned the entire country. 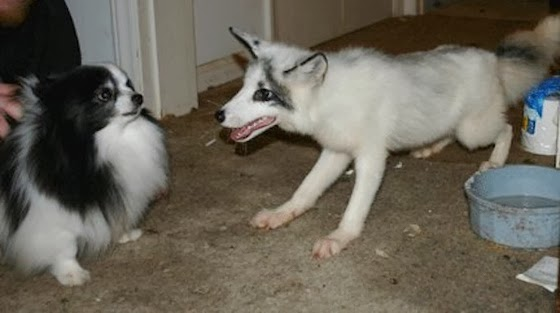 Mission*Teaching people to safely live in harmony with native wildlife

*Rehabilitating injured, sick and orphaned native wildlife for release back into their native habitat

*Providing information and resources on proper care of exotic pets

*Working and collaborating on both a local and national level to rescue and locate safe and permanent homes for displaced, neglected, abused and unwanted exotic animals