The Humane Society made the announcement, adding that none of the staff who rescued 5-year-old Ellie knew she was pregnant

Peo.Ple recently reported on the rescue of 84 Great Danes from an alleged puppy mill in New Hampshire.

But every dark cloud has a silver lining, and on Saturday, the Conway Area Humane Society’s Facebook Page posted that one of the rescued Great Danes, 5-year-old mama dog Ellie, who’d given birth to several previous litters, had — surprisingly — given birth once more. 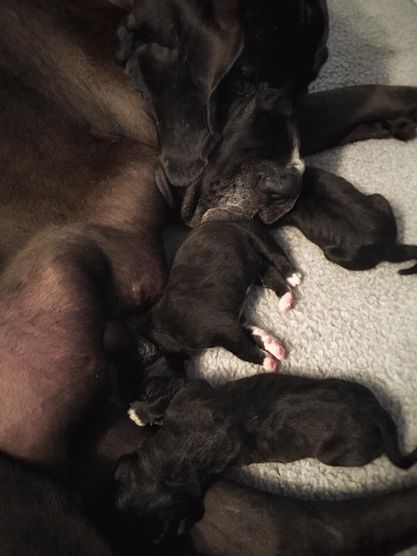 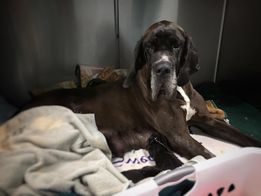 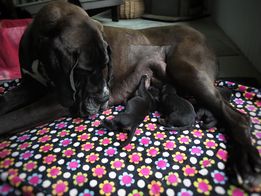 According to the rescue, staff who worked to free the dogs had no idea that Ellie was pregnant. Although she was lactating, the vet exam noted she’d clearly given birth multiple times in the past and her abdomen currently appeared too small to be carrying puppies. So, they decided to hold off on an X-ray until next week. Lo and behold, on Friday morning Ellie gave signs indicating she was about to go into labor. She was immediately scheduled for an X-ray, and by the day’s end, three new bouncing baby boy puppies were welcomed into the world.

The mama dog and her babies are doing well, and they are all in the care of a very capable foster family for the time being. The rescue also posted a thank you to the community, which has been so supportive of the dogs, donating food, toys, treats, cleaning supplies and more.

The Conway Area Humane Society says those interested in helping the dogs can either submit an adoption survey or donate toward the care of these gentle giants.