A fully grown Rottweiler has had puppies after mating with a West Highland terrier. 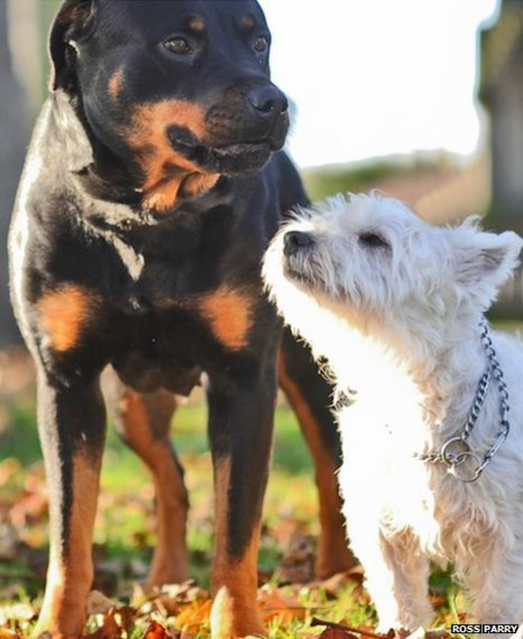 Teresa Patterson, who owns both dogs, said she was left stunned to find the pair had mated and says she was unaware of it until after the birth.

Westie Joey was introduced to Zara, who is more than twice his size, weeks after being adopted by the family in North Grimston, North Yorkshire.

They are thought to be the first of their kind.

Joey came to live with them in May and owner Teresa Patterson didn't think it was possible for the two dogs to mate because of the differences in their sizes.

She thinks the mating must have happened straight away though, as Zara delivered her puppies on 11 July. 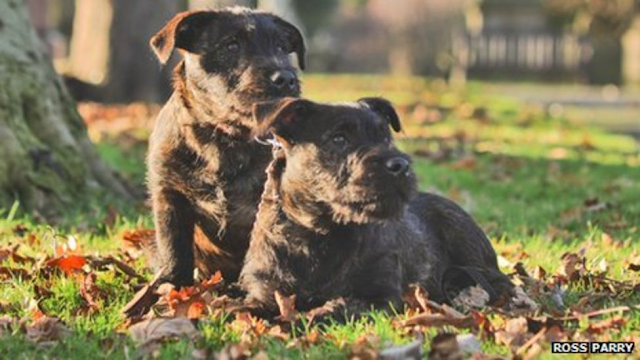 Joey is now due to be neutered so it can't happen again.

Four of the Wotties did not survive.

The other seven, three girls and four boys, have already been re-homed by the Yorkshire Coast Dog Rescue in Scarborough.