Randy McNulty is a very loving dog owner. His dog, Almoe, is a Rottweiler-Lab mix. The dog and he had an incredible friendship. No one can’t separate them. Almoe loved Randy very much and once he saved Randy’s life from a big bear. So, he rescued his owner from a large bear behind his cabin outside 100 Mile House — 300 kilometres northeast of Vancouver.

But Randy said that even though the dog saved his life, he couldn’t save the dog’s life. A few years ago in January, Randy was clearing snow from the public access forestry road leading to his acreage, just one kilometre from his cabin. Meanwhile, his beloved rottweiler mix, Almoe, was also running around. After few minutes he heard his dog barking loudly. He was completely excited. Randy ran as fast as he could to the direction of the voice came. 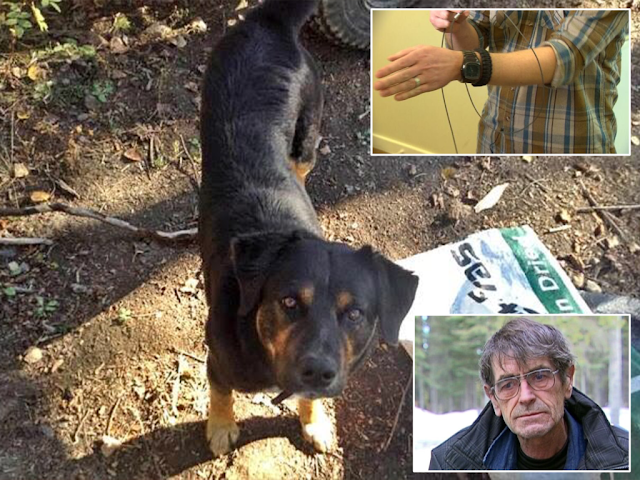 By the time he went the spot, his beloved dog had been caught in a wildlife trap. A wire was tied very tightly around his neck. When the dog tried to escape from it, the wire embedded into his neck. As a result, the dog’s jugular vein was severed. Randy also did everything he could to save the dog’s life. But the innocent dog fell on his arms and closed his eyes forever on the spot. About four days after Almoe’s incident, another dog in a neighboring house faced the same fate.