Rottweiler Locked in Crate, Bound With Wire and Thrown Into Canal.

There are thousands and thousands of people who do not even know what kindness is. Such people do not show kindness not only to humans but also to any animal. So, because of them, innocent animals have to face various difficulties every day.

Every day the population of street animals is increasing in every country because of people like that. They do not even think for a moment about the difficulties they will have to face after throwing to the streets. And some people throw innocent animals in different places hoping to end the lives of them. This is a story of an innocent dog who faced such an unexpected, unfortunate fate.

One afternoon Pinal County Sheriff’s Deputy Daniel Campbell had been patrolling in the San Tan Valley. When he had been patrolling someone flagged him down near Rolling Ridge Road and Sierra Vista Drive. There he found a dog bounded with wire, put in a dog cage and thrown into the canal. He couldn’t believe it. The innocent dog was making great efforts to save his life. But he couldn’t do it his own. He realized that if he stayed in the water for a few more minutes, his life would surely end. 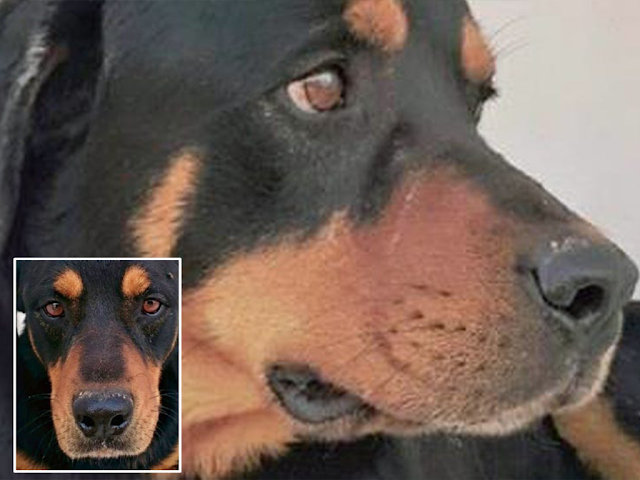 According to a statement released by state Animal Care and Control, Campbell then managed to get the crate out of the muddy water as quickly as possible. Fortunately, Campbell’s quick actions saved the dog’s life. He was a rottweiler who was about two-years-old. Thankfully, he had no problem. So it can’t imagine who can do such a thing to innocent dog. Despite being a rottweiler, he was very friendly.

This Rottweilers did not have collar or microchip. Therefore, they could not find any information about his owner. However, in the end, they were ready to adopt this friendly and beautiful dog.