Rottweiler Puppies Miraculously Survives After Dumped with Zip-Ties. It Became Embedded in Skin.

There is no excuse for dumping animals in public places. Because both little kids and pups require the owner’s or mother’s attention. However, leaving such puppies in the middle of the streets is a truly heartwarming thing. They have to deal with a number of challenges and difficulties after throwing to the streets.

One day a rescue team found something very heartwarming. That is 10-weeks-old three puppies. The three puppies were rottweilers and were found in a crate in Warren County, Ohio. But the unbelievable thing is that all three puppies are zip-tied very tightly. The zip ties were so tight and embedded into the skin and bones. They couldn’t believe it. For those little puppies, enduring something so big is not easy. And they were dumped on a cold day. So they had to endure the cold weather.

Nobody sure if the puppies would ever be saved when they were brought to the Warren County Humane Association. After several hours of hard work, the vets managed to remove the zip ties. After treatment, their condition gradually improved and the vets also docked their tails. And they also started searching about owner of the puppies. But the Humane Association of Warren County does not said when the puppies will be ready for adoption. Because they take a while to recover completely. 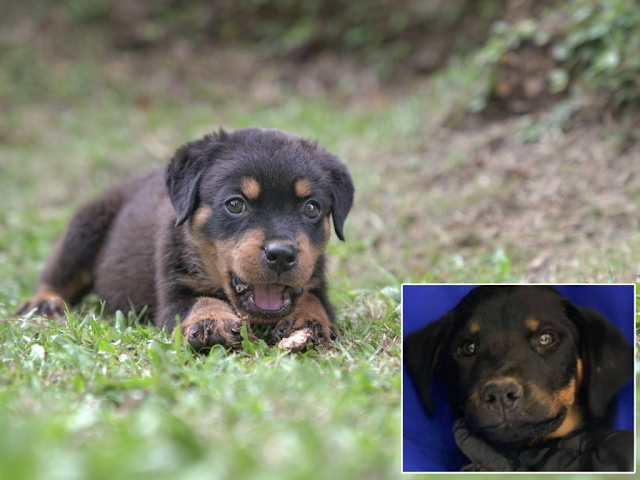 The Humane Association believe that this is obviously probably a backyard breeding situation. But it is not clear what happened in the end. However puppies were safe.