Rottweiler Puppy Found Dumped in a Cardboard Box With Broken Spine. Finally Vets Put Down Her.

People who truly love animals never throw them on the streets. They take care of the animals as best as they can. True animal lovers are like that. But those who adopt animals only in the hope of various profits do not really love them. Because of such people, innocent animals have to face unbelievable difficulties.

One day a passer-by found a small puppy dumped at a corner of Ashton Road in Enfield, North London. She was left in a cardboard box. Then the person who found the puppy informed the rescue team about this. She was taken to the RSPCA’s Southridge Animal Center in Potters Bar. She is still a little rottweiler about three months old.

The vets examined her very well. There they discovered that her health condition was not good at all. She lived with such difficulty that she could not even stand up. Therefore, she was not even able to go out of the cardboard box. She was completely weak and her back legs were just not working properly. Her spine was broken. Moreover, she left the busy street in the cold, London. And another pup was found in the same area also with same difficulties. It thought to be from the same litter because of his similar markings. 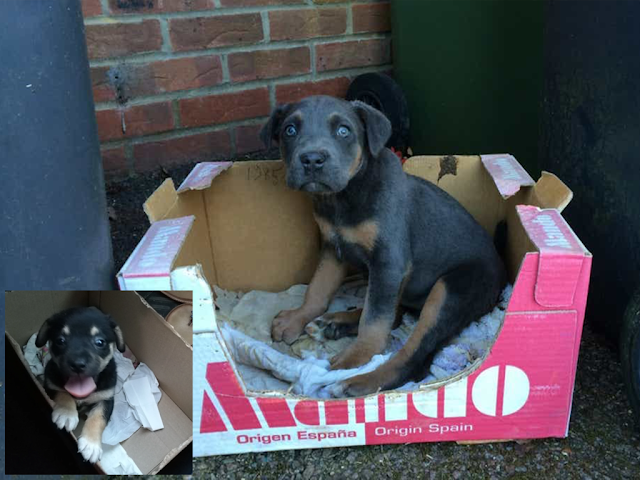 But no one knows exactly why she was dumped like this. Maybe, a breeder dumped her like this. Because puppies with such problems cannot sell to customers. However, the health condition of the puppy was in the last stage, so the vets had to put her down. It was a very difficult decision for them. But that was the only solution to save her from that difficult life.