A Scottish teenager has become a dog owner's "hero" after he jumped in a lake to rescue her floundering pet.

Connor Telfer, 17, was heading on holiday to the Mumbles when he stopped at Penllergare Valley Woods on Monday for a break.

Jane Warner, from Glais, Swansea, was visiting with her dog Charlie, who was taking a swim in the lake. 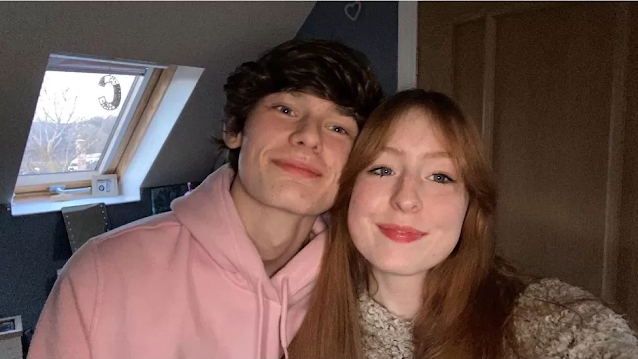 But when Charlie got stranded in reeds and started sinking, Connor plunged into the water to rescue him.

The teenager from Dundee, who was travelling with his girlfriend and her mother, said he was not a strong swimmer but was determined to help.

Ms Warner told BBC Wales it was only the second time she had visited Penllergare herself after moving to Wales from Exeter last month, and the first time Charlie had been at the lake. 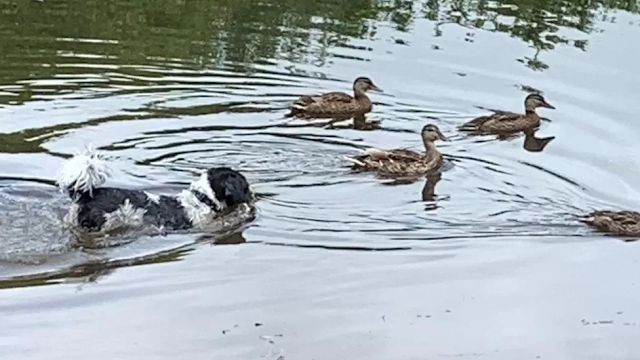 Connor's group was sitting on a bench nearby watching the dog's antics in the water and laughing along with Ms Warner at first. 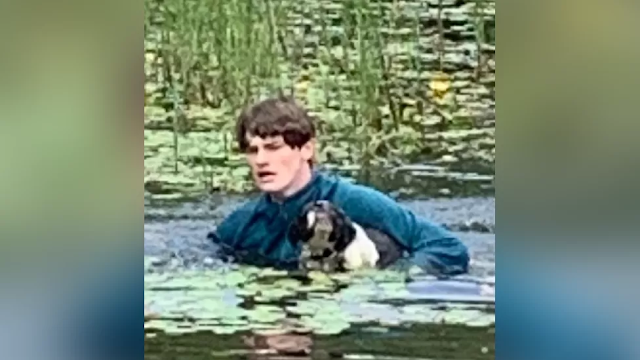 "He was playing with his sister, Titch, and then he spotted these ducks," she said.

"We thought it was very funny but then they led him into some reeds. His legs were paddling really fast and then his head went under the water.

"Connor took his socks and shoes off and went it. Charlie's a heavy lump and they both went under a few times. He was trying to hold Charlie up which obviously tilted him over and they were kind of bobbing in and out of the water."

Connor told BBC Wales despite not considering himself to be a strong swimmer he had not hesitated to jump in to help Charlie.

"When I got out to Charlie, it was much deeper and I couldn't put my legs down. I went under the water because the dog was there. 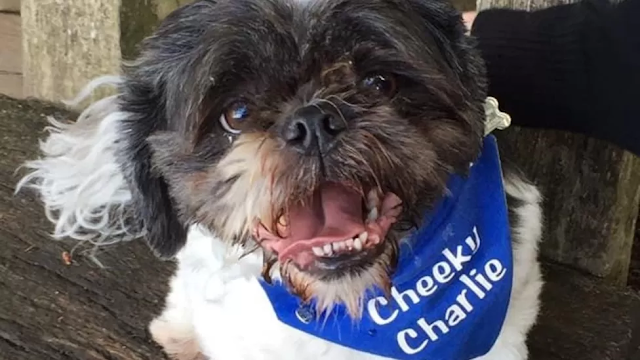 "He was panicking - he was cuddling in to me, but he was squirming.

"I held him up with my left hand and paddled with my right. My legs got tangled in the reeds as well, but luckily I got to where my feet could touch the ground.

"It felt like it took forever. I think it was only a matter of minutes but it felt like much longer." 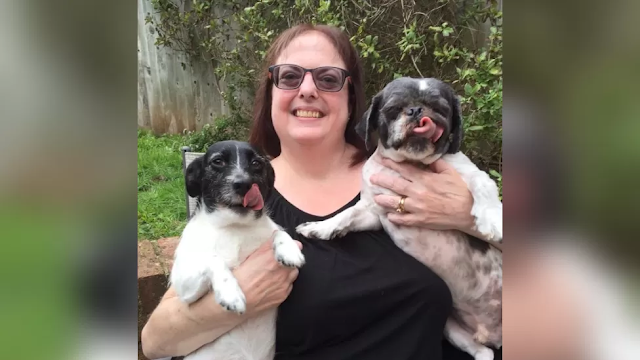 Connor said he was "shivering, shaking and being sick" when he got out.

After an eventful start to his holidays, he was hoping for "no more adventures".

Charlie's owner praised the teen's actions, and said they were particularly significant to her as she was disabled and knew she would not have been able to rescue the dog herself.

In the aftermath of the incident while dealing with Charlie, Ms Warner did not get Connor's name or details, but managed to track him down after putting out an appeal on Facebook afterwards.

In her post, she wrote: "This young lad is my hero!"